HSE could save up to €140m on medicines, says industry group 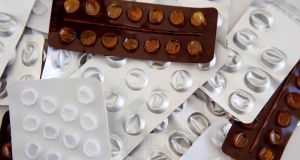 Medicines for Ireland says the generic substitution and reference pricing regime has delivered savings of €1.6 billion to the State since 2013. Photograph: Russell Boyce/Reuters

Ireland’s cash-strapped health service is missing out on almost €140 million in savings on its medicines bill by failing to encourage competition by generic and biosimilar drugs, an industry group says.

Medicines for Ireland, which represents the generics and biosimilar sectors that provide cheaper “copies” of branded drugs when they come off patent, says the Government has stalled in its commitment to reform key areas of the medicines market.

In a report published today, the group says the Minister for Health has delayed publication of a National Biosimilar Strategy, which would drive further savings. It says much of the savings from previous initiatives have now been delivered.

The group has set down a series of proposals which, it argues, would deliver close to €140 million annually for the health service. These include increased competition in the low-volume, low-value end of the market to deliver “at least €75 million in savings”.

The HSE currently spends €260 million on these types of drugs but there is no generic competition because the price offered is too low, Medicines for Ireland says.

It also want s new law ending the protection for some branded medicines from generic substitution by the regulator, and says such a move would save €18 million.

Spending on high-tech medicines has almost doubled to €662 million in the past nine years. The group says that, even though some of these drugs have lost patent protection, there is little generic competition. Changing that could yield savings of €20 million, it argues.

The group believes immediate publication of a National Biosimilars Strategy would have the potential to deliver €25 million in savings. It is also pressing for a new national medicines pricing agreement with the generics sector.

The report comes five years after the law was changed to make it mandatory for pharmacists to substitute branded medicines for generics where they were available.

Medicines for Ireland says the generic substitution and reference pricing regime has delivered savings of €1.6 billion to the State since 2013, with the average price per pack of a drug falling from €18 at that time to just €6 in 2018.