European expansion on the cards for life sciences company 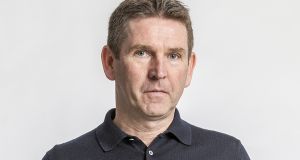 Having assumed the role of chief executive of Venn Life Sciences in 2010, Tony Richardson quickly set about expanding the company, completing two acquisitions that year, which provided the basis for the current business.

With more than 20 years’ experience in the sector, Richardson has held key leadership positions across several medical technology companies.

Venn now has offices in the Republic, Northern Ireland, Britain, France Germany and the Netherlands. It has more than 200 employees and contractors while its customers range from some of the largest pharmaceutical companies in the world to smaller biotechnology and device groups.

In the next three years, Richardson wants to see the business exceed €50 million in revenue with full service capability in Europe and a global client base.

What vision/light-bulb moment prompted you to start up in business?

I didn’t have a “light bulb moment” as such. Definitely had a “jump or not” moment when presented with a choice between the stability of paid professional employment or the pursuit of an opportunity with little certainty of outcome and low visibility on growth funding.

We spent considerable time, with limited success, searching for growth funding for a service business, pre-profit. Presented with growth opportunities that we could not fund through venture capital or traditional banking, we made the brave decision to use the public market to fund our business.

What were the best & the worst pieces of advice you received when starting out?

Best advice: It always takes longer than you think.

Worst advice: Use debt to avoid dilution when the business could only marginally service debt.

I’m principally concerned about the impact of tax reform on research and development (R&D) spend and any measures that impact drug pricing, reimbursement and regulation.

Brexit is not a particular concern for us, and in the medium term may represent an opportunity. We believe Ireland will represent an attractive landing point for US companies looking to engage in R&D in Europe.

Our industry is not the most susceptible to economic ups and downs. We operate in a truly global industry where there remains a fairly constant pressure on clients to continue to invest and innovate.

We are an international business. In order to grow and develop in our industry it is critical to have multi-country capability. Our plans include the expansion of our business into central and eastern Europe in the next 12 months.

The mind shift associated with building and benefiting from a board when as an entrepreneur you tend to default at your own instinct.

“Red tape” that hampers growth most?

We operate in a highly-regulated environment in which the lines between essential regulation and “red-tape” are sometimes blurred. We don’t feel particularly burdened by red-tape and it doesn’t hamper growth.