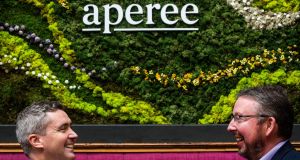 The headline figures shout the story – 1,000 new beds, 1,500 new staff on top of 1,000 already working in care homes they intend to take over. Investment firm BlackBee is clearly ambitious for growth in the nursing home sector and is raising a €250 million fund to back its plans.

And it has brought on board Paul Kingston, who founded and led CareChoice nursing homes until it was acquired in 2017 by French group Infravia Capital Partners for a reported €70 million.

But that is nearly chump change in the context of BlackBee’s ambitions for its nascent care home group, Aperee, a company that was set up only last month.

You’d have to wish them well. But the investment comes against a background of rumblings in the sector where a succession of groups have struggled to make money.

Only last week, the Financial Times reported that Britain’s four largest privately owned care home operators had racked up debts of £40,000 a bed (€44,500). Those four, which include Irish-owned Barchester, run about 900 care homes and look after 55,000 residents. Between them, they reported overall losses of £900 million from 2015 to 2017.

Barchester’s owners – Dermot Desmond, JP McManus and John Magnier – have deep pockets but even they were looking to sell out of the business until a £2.5 billion deal with Australia’s Macquarie collapsed recently.

There is no easy money in nursing homes.

As BlackBee has pointed out, the demographics show there is a clear need for more care homes – and, for that matter, sheltered housing. As Kingston noted yesterday, there are 67,000 over-85s in Ireland; by 2040, that number is estimated to hit 216,000 – with more than 1.2 million people then over the age of 65.

Against those figures, we have only 30,000 residential care beds at the moment. BlackBee predicts we will need twice that by 2040 – just 20 years away.

There is clearly an opportunity but BlackBee will need to find a model that has so far eluded others in building care home groups of scale that can deliver a modern standard of care alongside an acceptable return on investment.