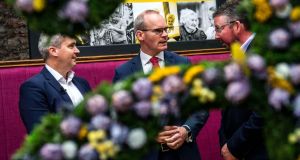 According to BlackBee, whose directors include former rugby international Donal Lenihan, some €30 million has been raised to date with the fund targeted at both institutional and professional private investors with a view to developing a new residential care group operating under the brand name, Aperee.

The investment will see the construction of 1,000 new state-of-the-art single ensuite beds at 10 sites around Munster which have already been identified by the group. Construction is due to start in early 2020. The group also plans to acquire 750 existing beds in some 12-14 existing facilities and hopes to acquire two to three of these before the end of 2019, with the remainder to be acquired in 2020 and beyond.

According to Aperee chief executive Paul Kingston, more than 1,500 new jobs will be created, 1,000 existing jobs will be sustained and a further 800 will be supported, under these plans, during construction. Mr Kingston said the investment was aimed at catering for the growing residential care market in Ireland with the population of older people expected to expand dramatically over the next 20 years.

David O’Shea, executive director of BlackBee, said the group planned to use private investment to revolutionise the residential care home market in Ireland, with the venture setting new care standards. “This fund is designed to show how the private sector can actively support the public sector by providing a supply of quality care home beds to meet the rapidly growing demand,” he said.

“Investors will benefit from a real return, while those using the homes will still have prices set by the National Treatment Purchase Fund, ” he said, adding that the move would help drive the economy.

BlackBee has spent €39 million on nursing homes recently, including backing the extension of Cramers Court nursing home in Cork and investing in the Ditchley group of homes and in facilities in Charleville, Co Cork, and Killaloe, Co Clare.

Earlier this year, the company appointed Mr Kingston, the businessman who oversaw the sale of CareChoice nursing homes for €70 million to French group Infravia Capital Partners, to oversee BlackBee’s expansion in the sector.

Tánaiste Simon Coveney welcomed the investment announcement by BlackBee at a function in Cork city on Monday to outline details of the plan.

“Thankfully we are living healthier and longer lives in Ireland and will need new options for caring for our older population who still have a lot to give,” said Mr Coveney.

“I want to wish BlackBee and Aperee every success with this investment and I look forward to seeing these new facilities coming on stream over the next few years,” he added,

BlackBee has also invested in hotels and offices. The group offers various investments with different levels of risk and returns to its clients.