AbbVie seeks to get around €572m Irish stamp duty levy 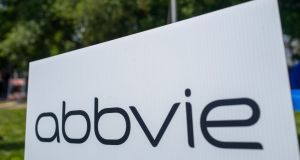 AbbVie: working with its lawyers and tax advisers on ways of getting around Irish stamp duty. Photograph: Smith Collection/Gado/Getty

US pharmaceuticals giant AbbVie is working with its lawyers and tax advisers on ways of getting around an unexpected €572 million Irish stamp duty exposure it has been left with in relation to its planned takeover of Dublin-domiciled peer Allergan, according to sources.

The surprise tax liability has come about as a result of measures introduced in Budget 2020 earlier this month.

The key is said to lie in the fact that most of the investors in Botox-maker Allergan hold their interests through a New York-based trust company called Depository Trust Company (DTC), which manages securities transfers by book-entry. That leaves them exempt from Irish stamp duty.

These Allergan shareholders do not have share certificates showing their ownership of stock, but have a statement from the DTC reflecting the number of shares registered in their accounts. A way around the new stamp duty issue could involve AbbVie tweaking the paperwork to carry out much of the planned $63 billion (€57.2 million) stock and cash takeover utilising the DTC.

Spokeswomen for AbbVie and law firm McCann FitzGerald, which is advising the US group, declined to comment.

AbbVie, owner of Humira, the world’s best-selling treatment for inflammatory diseases from arthritis to Crohn’s disease, agreed to take over Allergan in July. The deal was structured through a so-called scheme of arrangement that would circumvent a normal 1 per cent Irish stamp duty on share transactions - by Allergan cancelling its existing shares and issuing new stock to AbbVie.

However, the deal has fallen foul of new measures introduced by Minister for Finance Paschal Donohoe in Budget 2020, unveiled on October 8th, which has imposed a 1 per cent stamp duty on such share cancellation schemes.

Tax experts and analysts believe that Irish property company Green Reit’s planned €1.34 billion takeover through a similar scheme by UK-based Henderson Park was the immediate target of the Government and that the AbbVie purchase has been caught as an unintended consequence.

A similar clampdown in the UK on share cancellation schemes saw the stamp duty grandfathered to exclude takeover deals in works at the time.

Shareholders in Allergan voted last Monday in favour of the AbbVie tie-up at an extraordinary general meeting in Dublin.

“In addition to delivering value for shareholders, this combination will create a leading biopharmaceutical company with a diversified portfolio and enhanced opportunity to invest in and deliver innovation for the patents we serve,” said Allergan chairman and chief executive Brent Saunders.

AbbVie may be nearing the limits of how far it can boost Humira’s price as cheaper competitors come to market, a problem Allergan is already grappling with as more alternatives to Botox emerge.

The transaction is currently the subject of an investigation by US competition authorities. The Federal Trade Commission issued a second request for information on the merger last month from the two companies, whose executives hope the deal will close next year.