Odds of regulators quickly authorising emergency use of inoculation are declining 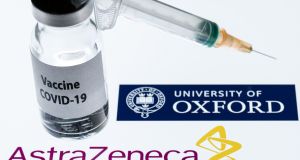 AstraZeneca has acknowledged a key mistake in the vaccine dosage received by some study participants.

The announcement this week that a cheap, easy-to-make coronavirus vaccine appeared to be up to 90 per cent effective was greeted with jubilation.

“Get yourself a vaccaccino,” a British tabloid celebrated, noting that the vaccine, developed by AstraZeneca and the University of Oxford, costs less than a cup of coffee.

But since unveiling the preliminary results, AstraZeneca has acknowledged a key mistake in the vaccine dosage received by some study participants, adding to questions about whether the vaccine’s apparently spectacular efficacy will hold up under additional testing.

Scientists and industry experts said the error and a series of other irregularities and omissions in the way AstraZeneca initially disclosed the data have eroded their confidence in the reliability of the results.

Officials in the United States have noted that the results were not clear. It was the head of the flagship federal vaccine initiative — not the company — who first disclosed that the vaccine’s most promising results did not reflect data from older people.

The upshot, the experts said, is that the odds of regulators in the United States and elsewhere quickly authorizing the emergency use of the AstraZeneca vaccine are declining, an unexpected setback in the global campaign to corral the devastating pandemic.

“I think that they have really damaged confidence in their whole development program,” said Geoffrey Porges, an analyst for the investment bank SVB Leerink.

Michele Meixell, a spokesperson for AstraZeneca, said the trials “were conducted to the highest standards.”

The biggest questions were, why was there such a large variation in the effectiveness of the vaccine at different doses, and why did a smaller dose appear to produce much better results?

In an interview Wednesday, Menelas Pangalos, the AstraZeneca executive in charge of much of the company’s research and development, defended the company’s handling of the testing and its public disclosures.

He said the error in the dosage was made by a contractor, and that, once it was discovered, regulators were immediately notified and signed off on the plan to continue testing the vaccine in different doses.

Asked why AstraZeneca shared some information with Wall Street analysts and some other officials and experts but not with the public, he responded, “I think the best way of reflecting the results is in a peer-reviewed scientific journal, not in a newspaper.”

AstraZeneca was the third company this month to report encouraging early results on a coronavirus vaccine candidate. At first glance Monday morning, the results looked promising.

Depending on the strength at which the doses were given, the vaccine appeared to be either 90 per cent or 62 per cent effective. The average efficacy, the developers said, was 70 per cent.

Almost immediately, though, there were doubts about the data.

The regimen that appeared to be 90 per cent effective was based on participants receiving a half dose of the vaccine followed a month later by a full dose; the less effective version involved a pair of full doses.

The biggest questions were, why was there such a large variation in the effectiveness of the vaccine at different doses, and why did a smaller dose appear to produce much better results? AstraZeneca and Oxford researchers said they did not know.

Crucial information was also missing. The company said that the early analysis was based on 131 symptomatic Covid-19 cases that had turned up in study participants. But it did not break down how many cases were found in each group of participants — those who received the half-strength initial dose, the regular-strength initial dose and the placebo.

“The press release raised more questions than it answered,” said John Moore, a professor of microbiology and immunology at Weill Cornell Medical College.

Adding to the confusion, AstraZeneca pooled the results from two differently designed clinical trials in Britain and Brazil, a break from standard practice in reporting the results of drug and vaccine trials.

“I just can’t figure out where all the information is coming from and how it’s combining together,” said Natalie Dean, a biostatistician and an expert in vaccine trial design at the University of Florida.

She wrote on Twitter that AstraZeneca and Oxford “get a poor grade for transparency and rigour when it comes to the vaccine trial results they have reported.”

With AstraZeneca’s shares declining on Monday, company executives held several private conference calls with industry analysts in which they disclosed details that were not in the public announcement, including how the Covid-19 cases broke down across different groups.

Such disclosures to analysts are not uncommon in the industry, but they often generate criticism about why the details were not shared with the public.

Mr Pangalos said on Monday that the company had not intended for any participants to receive the half dose. British researchers running the trial there had meant to give the full dose initially to volunteers, but a miscalculation meant they were mistakenly given only a half dose.

The company’s initial announcement didn’t mention the accidental nature of the discovery.

To many outside experts, that undercut the credibility of the results because the closely calibrated clinical trials had not been designed to test how well a half-strength initial dose worked.

The company’s initial announcement didn’t mention the accidental nature of the discovery.

“The reality is, it could end up being quite a useful mistake,” Mr Pangalos said in the interview with The New York Times on Wednesday. “It wasn’t putting anyone in danger. It was a dosing error. Everyone was moving very fast. We corrected the mistake and continued on with the study, with no changes to the study, and agreed with the regulator to include those patients in the analysis of the study as well.”

He added, “What is there to disclose? It actually doesn’t matter whether it was done on purpose or not.”

In the statement attributed to Oxford, Ms Meixell, the AstraZeneca spokeswoman, said the error stemmed from an issue, which has since been fixed, with how some of the vaccine doses were manufactured.

Then, on Tuesday, Moncef Slaoui, the head of Operation Warp Speed, the US initiative to fast-track coronavirus vaccines, noted another limitation in AstraZeneca’s data. On a call with reporters, he suggested that the participants who received the half-strength initial dose had been 55 years old or younger.

Mr Pangalos confirmed that on Wednesday, saying the participants received the half-strength dose over a matter of weeks before the error was discovered.

The fact that the initial half-strength dose wasn’t tested in older participants, who are especially vulnerable to Covid-19, could undermine AstraZeneca’s case to regulators that the vaccine should be authorized for emergency use.

Stephanie Caccomo, a spokeswoman for the Food and Drug Administration, declined to comment on whether the dosing error would hurt the vaccine’s chances of being authorized.

The FDA has said it expects vaccines to be at least 50 per cent effective in preventing or reducing the severity of the disease, a bar that the vaccine appears to have cleared even in the group that got the two full doses.

AstraZeneca’s shares have fallen about 5 per cent this week, while broader stock indexes have climbed to record highs. Investors seem to be disappointed with the murky results, especially compared with the much clearer data released by two of AstraZeneca’s chief rivals in the race for a coronavirus vaccine.

Pfizer and Moderna said this month that their vaccines, which use a technology known as “messenger RNA,” appear to be about 95 per cent effective. Both offerings seem nearly certain to win emergency authorization from the FDA in the coming weeks.

The AstraZeneca vaccine, which uses a different approach involving a chimpanzee virus to provoke an immune response to the coronavirus, had all the hallmarks of a blockbuster.

It was inexpensive — only a few dollars per dose — and easy to mass-produce. Unlike Pfizer and Moderna’s vaccines, AstraZeneca’s could be stored for months in normal refrigerators. The company has estimated it will be able to produce some 3 billion doses next year, enough to vaccinate nearly one-fifth of the global population.

Compared to most of the other leading Covid-19 vaccine developers, AstraZeneca is inexperienced when it comes to vaccines. And even before the chaotic release of results, the company was under scrutiny for its handling of the testing process.

In September, AstraZeneca paused clinical trials worldwide after a participant fell ill — but the company didn’t promptly announce the decision publicly. AstraZeneca also came under fire for providing details about the nature of the illness on a private conference call with investors hosted by the investment bank JP Morgan, rather than disseminating the information to the public. Both of those developments were first reported by STAT, which covers health and science news.

In the United States, which has ordered at least 300 million doses of AstraZeneca’s vaccine, the regulatory path forward is unclear

Ever since the Oxford-AstraZeneca team emerged as front-runners in the race to develop a vaccine this spring, UK prime minister Boris Johnson has embraced the effort. The government preordered 100 million doses and cast the research as one of the country’s most important contributions to fighting the pandemic.

Basking in the results on Monday, Mr Johnson said the vaccine “has the makings of a wonderful British scientific achievement”.

In the United States, which has ordered at least 300 million doses of AstraZeneca’s vaccine, the regulatory path forward is unclear. AstraZeneca was circumspect on Monday about its plans for seeking regulatory approval.

The company said it would seek guidance from the Food and Drug Administration on whether it should formally submit its findings to apply for emergency authorization.

AstraZeneca has not been testing the promising half-strength initial dose in its ongoing US trial. The company said it would work with the agency to add it as quickly as possible to that trial.

Mr Pangalos said the company is planning a global trial to compare the two dosing regimens. The number of participants it will enrol hasn’t yet been determined, but it will be in the thousands.

“The only way they’re going to find out is by specifically and deliberately testing this serendipitous observation,” Mr Moore said. “The onus is on them to prove the speculation.” – New York Times service