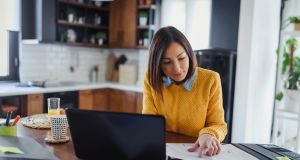 Research found high levels of sedentary time – 10 or more hours a day – is linked to ‘a significantly heightened risk of death, particularly among people who are physically inactive’. Photograph: iStock

Half an hour to 40 minutes daily exercise will offset the dangers of increasingly sedentary lifestyles during the pandemic, new guidelines from the World Health Organisation suggest.

In the first recommendation of its kind, the WHO is urging people to exceed weekly recommended physical activity levels to offset the health harms of prolonged sitting during lockdowns and while working from home.

New research focusing on 44,000 people wearing activity trackers in four different countries, published in the British Journal of Sports Medicine, shows adults who clock up long hours of sedentary time every day can counter the associated risks by increasing their physical activity.

It found high levels of sedentary time – 10 or more hours a day – is linked to “a significantly heightened risk of death, particularly among people who are physically inactive.”

But, the study shows, 30 to 40 daily minutes of “moderate to vigorous intensity physical activity substantially weakens this risk, bringing it down to levels associated with very low amounts of sedentary time”.

Emmanuel Stamatakis, professor of physical activity, lifestyle and population health at the University of Sydney, said the new WHO guidelines were “very timely given that we are in the middle of a global pandemic, which has confined people indoors for long periods and encouraged an increase in sedentary behaviour.”

“But people can still protect their health and offset the harmful effects of physical inactivity,” he said.

“As these guidelines emphasise, all physical activity counts and any amount of it is better than none.

“There are plenty of indoor options that don’t need a lot of space or equipment, such as climbing the stairs, active play with children or pets, dancing, or online yoga or Pilates classes.”

More than half of people working from home in Ireland are sitting down for an average of two hours and 40 minutes longer per day than when they were working in an office, a study published in August showed.

The survey, carried out by pollsters Ipsos MRBI for the Irish Heart Foundation, also found that one in four of those in Ireland who are sitting for longer are remaining sedentary for at least three hours more than previously.

The latest advice from the WHO updates global physical health recommendations published 10 years ago.

Adults, including those living with long-term conditions or disabilities, are being advised to do 150 to 300 minutes of moderate intensity, or 75 to 150 minutes of vigorous intensity physical activity – or some combination of the two – every week.

Muscle-strengthening activity, such as weights or core conditioning, at moderate or greater intensity, is advised at least two days a week.

Older adults, aged over 65, should do physical activity that emphasises functional balance and strength training at moderate or greater intensity on three or more days a week, the WHO recommends.

It also advises women to do regular physical activity throughout pregnancy and after the birth, including various aerobic and muscle-strengthening activities.

“Although the new guidelines reflect the best available science, there are still some gaps in our knowledge,” said Prof Stamatakis.

“We are still not clear, for example, where exactly the bar for ‘too much sitting’ is.

“But this is a fast-paced field of research, and we will hopefully have answers in a few years’ time.”