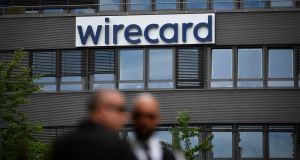 Singapore after the parent company filed for insolvency in Germany, according to the Southeast Asian nation’s financial regulator.

Credit card payments at local merchants using Wirecard’s services, as well as usage of prepaid cards issued by the German firm will be affected if it ceases operations, the Monetary Authority of Singapore said Tuesday.

“MAS has informed Wirecard of our expectations that they promptly notify customers in advance of any disruption to their services,” the regulator said in an emailed statement. “There are alternative payment service providers available to merchants.”

Singapore is home to Wirecard’s Asia-Pacific headquarters and the company has been expanding aggressively in the region, which accounted for almost 45 per cent of the group’s reported revenue in 2018, second only to Europe. The fintech firm is facing probes by the MAS, the local accounting authority and the police’s financial-crime unit.

Wirecard filed for court protection from creditors in Germany last week following revelations that €1.9 billion was missing from its balance sheet.

The firm’s UK arm will be allowed to resume activities after it was able to “meet certain conditions”, the Financial Conduct Authority said Monday. Last Friday, the FCA told the unit to cease its activities and customers’ accounts were frozen as a result.

Meanwhile, Wirecard’s North American unit is seeking to be acquired, saying its business is continuing without interruptions from the scandal at its parent.

Wirecard entities in Singapore have complied with MAS’s directions to hold customers’ funds in accounts with local banks, the regulator said. The units aren’t currently regulated by the MAS, though the central bank has received a license application under the new Payments Services Act, it said.

The act provides for a grace period for entities conducting regulated activities to apply for a license, the MAS said. Still, it may issue requirements to such entities during the grace period, it added.

Two local entities – Wirecard Asia Holdings Pte and Wirecard Singapore Pte – are on the MAS’s exemption list, according to the authority’s website.

Last year, Singapore police raided Wirecard’s local offices after an employee in the city state alleged that a member of the company’s finance team engaged in accounting breaches. – Bloomberg