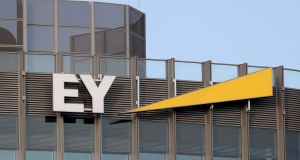 An “out of country” team at EY is reviewing the work carried out by its German auditors, according to a person close to the firm

EY failed for more than three years to request crucial account information from a Singapore bank where Wirecard claimed it had up to €1 billion in cash - a routine audit procedure that could have uncovered the vast fraud at the German payments group.

The accountancy firm, which audited Wirecard for a decade, has come under fire after the once high-flying fintech company filed for insolvency this week, revealing that €1.9 billion in cash probably did “not exist”.

People with first-hand knowledge told the Financial Times that the auditor between 2016 and 2018 did not check directly with Singapore’s OCBC Bank to confirm that the lender held large amounts of cash on behalf of Wirecard. Instead, EY relied on documents and screenshots provided by a third-party trustee and Wirecard itself.

“The big question for me is what on earth did EY do when they signed off the accounts?” said a senior banker at a lender with credit exposure to Wirecard.

A senior auditor at another firm said that obtaining independent confirmation of bank balances was “equivalent to day-one training at audit school”.

OCBC declined to comment. A person briefed on the details told the Financial Times that Wirecard has no banking relationship with OCBC and that the fintech’s former Singapore-based trustee does not have an escrow account with the bank. The lender did not receive any query from EY in relation to Wirecard between 2016 and 2018, the person added.

The Big Four accounting firm had issued unqualified audits of Wirecard for a decade despite increasing questions over suspect accounting practices from journalists and short-sellers.

An “out of country” team at EY is reviewing the work carried out by its German auditors, according to a person close to the firm.

The German accounting watchdog FREP is probing Wirecard’s balance sheet, and Germany’s auditor oversight body APAS has begun looking into EY’s work. EY declined to comment on the regulatory investigation and details of its work. FREP and APAS declined to comment.

The accounts at Asian banks play a pivotal role in Wirecard’s accounting fraud that culminated in the group filing for insolvency on Thursday.

According to the company’s former management, the accounts were used to settle transactions with partners who acted on Wirecard’s behalf in countries where it did not have its own licences to process electronic payments. Yet it is now unclear if the accounts - let alone the money allegedly deposited there - ever existed.

Wirecard had told its auditors that the money moved late last year from OCBC to banks in the Philippines, where supposedly there was now €1.9 billion deposited.

A special audit by KPMG could not obtain original documents from the banks to prove deposits existed. EY was told this month by the banks that paperwork it had previously seen on the Philippine accounts was “spurious” and they did not exist.

The head of audit at a rival accounting firm to EY said: “It is beyond the realms of reality that EY wouldn’t have had [the bank balance confirmations] unless they did a very poor audit. Cash is easy to audit. If investors can’t trust the cash number, what can they trust?”

In a statement issued on Thursday, EY said that there were “clear indications that this was an elaborate and sophisticated fraud, involving multiple parties around the world in different institutions, with a deliberate aim of deception”. The company argued that “even the most robust audit procedures may not uncover this kind of fraud”.

Hansrudi Lenz, professor of accounting at Würzburg university, told the Financial Times that it was “not sufficient” for an auditor to rely on account confirmations that were provided by third parties. “The auditor needs to have full control over the delivery of account confirmation,” he said, adding that this was stipulated by procedural guidelines.

Germany’s small shareholder lobby group SdK on Friday said it filed criminal complaints against the EY auditors who signed Wirecard’s accounts between 2016 and 2018, accusing them of violating professional duties.

Accounts published by Wirecard showed that five different EY partners signed its accounts over the past five years. Among them is Andreas Loetscher, who co-led EY’s audits into Wirecard between 2015 and 2017 and a year later joined Deutsche Bank as chief accounting officer.

Deutsche Bank said: “There are many open questions with regard to Wirecard. We highly appreciate our work with Andreas Loetscher. Moreover...the presumption of innocence of course applies to him as well.”

EY is already facing a class-action lawsuit in Germany brought by Wirecard investors. Wolfgang Schirp, a Berlin-based lawyer who is working on the case against the audit firm, said: “It is frightening how long Wirecard was able to operate without being objected to by the auditors. We have been monitoring Wirecard since 2008 and have collected very extensive material. It was always clear that something was wrong.”

Akshay Naheta, a SoftBank executive who led an investment in Wirecard last year, attacked EY on Twitter last week. “I’m totally baffled by the lack of competence and responsibility displayed by E&Y,” he wrote. “As an organisation that is meant to protect all stakeholders - creditors and shareholders - in companies, both public and private, they have materially failed in their fiduciary duties.”

For years EY has said it wants to expand its roster of clients on Germany’s DAX 30 index as it audits fewer companies than its rivals KPMG and PwC. EY earned nearly €10 million for its audits of Wirecard over the past decade.

The Wirecard fraud is one of several international accounting scandals that have emerged on EY’s watch this year, including at NMC Health and Luckin Coffee. – Copyright The Financial Times Limited 2020