TSB still complacent over IT meltdown as chief executive departs 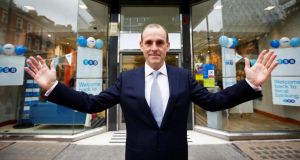 Outgoing TSB chief executive Paul Pester leaves the bank with £1.7 million made up of a year’s salary of £1.2 million plus a “historical” bonus of £480,000. Photograph: Andrew Winning/Reuters 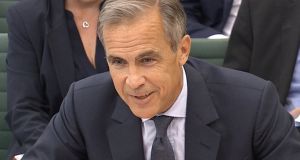 Bank of England governor Mark Carney said he was “willing to do whatever else I can in order to promote both a smooth Brexit and effective transition at the Bank of England”. Photograph: Reuters

In April, up to 1.9 million TSB customers were suddenly locked out of their accounts in one of the most catastrophic systems failures ever suffered by a high-street bank.

They were unable to bank online, to pay salaries, complete house purchases, buy holidays or use their cards to purchase food or petrol.

Five months on, those problems have yet to be fully fixed and, on Monday, the bank was forced to apologise yet again as thousands of customers were once more denied access to their accounts.

So the resignation on Tuesday of Paul Pester, the chief executive who presided over the IT meltdown, should come as little surprise. But, according to the alternative reality that TSB appears to inhabit, Pester’s departure is unrelated to the systems chaos.

“He’s not the fall guy,” insisted TSB chairman Richard Meddings, as he thanked Pester for his “enormous contribution” since joining the bank seven years ago.

There’s even a leaving gift of almost £1.7 million for the former chief executive, who is now on gardening leave, made up of a year’s salary of £1.2 million plus a “historical” bonus of £480,000.

TSB’s IT failure was caused by a botched migration of its systems to those of its Spanish owner Banco Sabadell, which bought the UK bank in 2015.

Back in April, even as customers were flooding social media with complaints that they could not access their cash, Banco Sabadell issued a self-congratulatory statement saying it had successfully merged TSB’s systems with its own.

That set the tone for the bank’s handling of the meltdown, as it repeatedly and erroneously insisted everything was in working order, despite widespread evidence to the contrary.

The refusal of the bank and its executives to accept the scale of the problems enraged customers as the crisis dragged on for weeks and then months.

Pester was singled out for particular criticism and was twice called to parliament to explain himself. He conducted a masterclass in how not to handle a crisis in bruising sessions with the treasury select committee, which accused him of “extraordinary complacency”.

That complacency was still in evidence yesterday, as the meltdown was given barely a mention by the bank, other than a reference that there was “more to do to achieve full stability for customers”.

Meddings remained unable yesterday to provide a precise explanation of what exactly went wrong, pending the results of an investigation. The compensation and repair bill has already cost TSB £176 million and the final tally is expected to be far higher, as the bank works its way through the mountain of customer complaints.

Nicky Morgan, who chairs the treasury committee, welcomed Pester’s departure yesterday but expressed concern about the continuing problems and delays to compensation payments.

Her concerns about the management of the bank will not have been eased by the letter she received from Meddings to update her on Pester’s exit – not only was it addressed “Dear Morgan”, it was dated September 2019.

Treat them mean, and keep them keen – the “unreliable boyfriend” Mark Carney has kept us hanging on but now appears to have relented in the face of treasury pleas to stay on as Bank of England governor after his term expires next June.

After days of furious speculation, Carney confirmed yesterday that he and chancellor Philip Hammond have been discussing his future and that a formal government announcement should come “in due course”.

While not being specific about any dates, Carney made it clear that, although he has already extended his term once, he is “willing to do whatever else I can in order to promote both a smooth Brexit and effective transition at the Bank of England”.

The toing and froing has irritated many in the City, where Carney earned his “unreliable boyfriend” nickname after a series of flip-flops over forward guidance and the path of interest rate rises.

But, assuming the treasury moves swiftly to confirm his extended stay, the continuity at the bank will be welcomed by all but the most rabid Brexiteers, who have not forgiven the governor for what they saw as a series of anti-Brexit warnings in the run-up to the referendum.

When Carney was appointed to Threadneedle Street in 2013, he insisted on serving a five-year term rather than the traditional eight years served by a governor.

He has already extended that by a year and there’s now speculation he’ll ultimately agree to stay around until mid-2021, taking his tenure at Britain’s central bank to eight years. If only he had agreed to that in the first place.