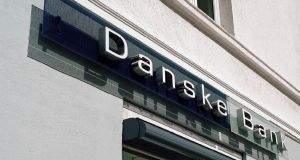 Danske Bank’s Estonian branch is alleged to have became a hub for money launderers.

An independent investigation into the money-laundering scandal at Danske Bank found that as much as $30 billion (€26 billion) of Russian and ex-Soviet money flowed through its Estonian branch in a single year.

The findings, contained in a draft report commissioned by Denmark’s largest bank, raises questions for Danske’s leadership about who knew, and when, about the sheer volume of foreign money passing through its small Estonian branch.

The report by Promontory Financial, the consultancy, found that up to $30 billionn was parked in Danske’s Estonian branch by non-residents in 2013, the peak year of a scandal that lasted from 2007 until 2015.

One person close to the investigation said: “It’s a truly breathtaking amount for such a small branch. You can’t have that amount flowing through without it raising questions.”

Not all of those transactions will be suspicious. But it is up to the bank to satisfy itself – and regulators – that it was not being used to launder funds and that it had strong enough controls to spot dirty money.

“We take the matter very seriously, which is why we have initiated very extensive investigations,” said Ole Andersen, chairman of Danske Bank. “We are committed to understanding the full picture, and I believe that it is in everybody’s interest that conclusions are drawn on the basis of verified facts and not fragmented pieces of information taken out of context.”

“We are in the process of finalising reports, but as we have already communicated, it is clear that the issues related to the portfolio were bigger than we have previously anticipated,” he added.

The amount of suspicious transactions over the nine-year period was initially estimated at $3.9 billion. Bill Browder, a critic of the Russian government, and Berlingske, a Danish newspaper, both claimed in July that the figure had risen to $8.3 billion, causing Danske to concede that the final sum would be “somewhat larger” than the initial estimate.

Thomas Borgen, Danske’s chief executive for the past five years, was in charge of international banking – including Estonia – from 2009 until 2012. The findings raise questions about whether he knew about the large flows of money into Danske’s Estonian branch and what he did to investigate them.

The Promontory report added: “The volume then [after 2013] began to decrease, with an accelerated decrease following the receipt of the [Estonian Financial Services Authority investigation]…”

A 2014 investigation by Estonian regulators found “large-scale, long-lasting systemic violations of anti-money laundering rules”. It required the bank to clamp down on banking services to non-residents.

Other prominent money-laundering scandals include HSBC being fined $1.9 billion by US authorities for laundering at least $880 million of drug money as well as $660 million of sanctions breaches. Deutsche Bank also paid $630 million to US and UK regulators for so-called mirror trades allegedly used to launder $10 billionn out of Russia.

Danske Bank is due to publish two reports into the money-laundering scandal this month: one centred on the details of the suspicious transaction and the other into its governance.

Denmark’s government wants to introduce stricter laws to target bank executives and make sure top management can be held accountable for misdeeds conducted anywhere in an organization, including all its international units.

Danish business minister Rasmus Jarlov says part “of the frustration has been over how difficult it is to hold management directly responsible for what happened in the branch.” He says that, following the lessons learned from the Danske Bank case, “that’s one of the things we’re tightening.”

Denmark was lambasted last year for its inadequate money laundering defenses. A report by the Financial Action Task Force – an inter-government organisation that monitors compliance with global regulations – found extensive shortcomings, including no coordinated plans and insufficient resources, as well as a “weak” implementation of anti-laundering measures by banks.

The Danish government is now trying to improve its toolbox for fighting financial crime, within the framework of goals set by the European Union. Jarlov says Denmark has “considerable latitude” to define national standards when it comes to matters such as the size of fines. The measures his ministry is putting together would make Danish anti-money laundering regulation “one of the toughest in Europe,” he said.

Meanwhile, bills targeting money laundering and other forms of financial crime have stalled as Danish lawmakers take stock of the Danske scandal and revise their initial proposals.

The government on Thursday presented its budget proposal for next year, allocating an extra 15 million kroner (€2 million) to fight money laundering and to step up surveillance at the Business Ministry, the Economic Crimes Prosecutor and the Financial Supervisory Authority.

Mr Jarlov says more resources wouldn’t have helped the authorities detect wrong-doing sooner at Danske Bank. The main issue, he said, “was perhaps that too much trust was placed in the information Danske Bank gave.”

Danske Bank is due to publish the findings of an internal probe into the laundering allegations this month.

1 In this strangest of recessions, what happens next for Ireland?
2 Estée Lauder staff at Dublin airport plan further strike action
3 Boohoo review finds ‘many failings’ in Leicester supply chain
4 Overhaul of lease arbitration regime would be a game changer for retailers
5 Best Covid-19 ‘influencers’ will avoid hectoring
6 Should I switch bank now with Ulster Bank at risk of closing?
7 High Court told FBD staff texts discussed policies in ‘disparaging terms’
8 Legal tech company Brightflag raises €7m in new funding round
9 What agriculture can learn from Charles Darwin
10 Help, I’ve no PRSI stamps – can I still get a pension?
Real news has value SUBSCRIBE