Tracker scandal: is your bank playing fair...or not?

Ireland’s 15 mortgage lenders have had to respond to the Central Bank. Some have been more upfront than others 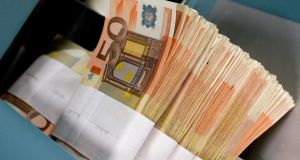 Tracker mortgage scandal: the Central Bank has said it continues to encounter great difficulty getting full disclosure from some banks. Photograph: Yves Herman/Reuters

AIB, which became the State’s largest mortgage lender during the financial crisis as EBS was folded into the group, had 3,200 cases of customers who were wrongly denied contractual rights to cheap tracker mortgages linked to the European Central Bank (ECB) benchmark as of the end of September.

At the time, 97 per cent had been put back on the correct rate, while the bank had paid redress and compensation to 2,900 of the customers. However, the bank’s chief executive, Bernard Byrne, revealed three weeks ago that the bank had also overcharged “several hundred” customers by applying the wrong rate on their tracker loans.

AIB, in which the State continues to hold a 71 per cent stake after the bank floated on the stock market again in June, has put a total of €190 million aside to deal with the problem, including legal and consultancy costs. The bank has used up €133 million of this so far. It estimates that 14 borrowers lost their homes as a result of the scandal.

Bank of Ireland, where former HSBC executive Francesca McDonagh took over from Richie Boucher as chief executive at the beginning of the month, has identified 602 customers who were refused their entitlement to a tracker mortgage, but this figure may rise as its review is “ongoing”. The bank is also dealing with 3,654 tracker-rate customers who had been overcharged by an average of 0.15 per cent.

While head of the bank’s retail division in the Republic, Liam McLoughlin, told the Oireachtas finance committee last month that affected customers have been put back on the right rate, redress and compensation will only begin “over the coming months”, according to a company spokeswoman.

Bank of Ireland has set aside €25 million of provisions to deal with the issue. The bank has known of problems in its tracker portfolio since at least 2010, when it was forced to put 5,100 customers who were on the wrong rate on the correct one. The Irish Times reported on Thursday that the Central Bank has begun an enforcement investigation into the bank and its handling of tracker customers.

Ulster Bank, which required a £15 billion (€16.8 billion) bailout from its parent Royal Bank of Scotland during the financial crisis, saw the number of its customers impacted by the tracker controversy swell from 2,000 in December to 3,500 in June.

Chief executive Gerry Mallon said two weeks ago that customers have been returned to the correct rate, though it had only started paying redress and compensation. The bank set aside €206 million last year to cover costs associated with the examination project and remediation. It estimates that the number of customers who lost their homes as a result of overcharging is likely to be less than the 14-15 cases indicated last December.

Ulster Bank also revealed in August that it had taken a €39 million additional charge after it uncovered fresh “errors” in its personal and commercial loan accounts when working through its tracker books. The bank has been the subject of a Central Bank enforcement investigation for the past year and a half.

Permanent TSB, once the State’s largest mortgage bank, was the first lender to come under public scrutiny for the tracker mortgage issue, when it disclosed in July 2015 that 1,372 customers had been denied their rights to a low-cost loan.

The bank said last month that 98 per cent of these customers have been redressed and compensated, though 247 individuals subsequently lodged appeals against the bank’s remediation plan.

However, PTSB has also identified 579 additional overcharging cases as part of the subsequent industry-wide examination, which started in late 2015. The bank has said it aims to have these additional customers “remediated fully before the end of the year”. PTSB is also the subject of a Central Bank enforcement investigation.

KBC Bank Ireland, whose Belgian parent KBC Group committed earlier this year to remaining in Ireland after two years of speculation about its future, is alone among the State’s top five lenders in not having given an indication of how many of its customers are impacted by the tracker issue.

The lender, which has about a 10 per cent share of the mortgage market, also declined to tell the Oireachtas finance committee on September 28th how much money it has ring-fenced to tackle the problem.

The Irish Times reported on Thursday that the Central Bank has launched an enforcement investigation into the bank.

Bank of Scotland (Ireland) introduced tracker mortgages to the Irish market in 2001 and chased market share aggressively during the boom years.

The bank’s Edinburgh-based parent HBOS was taken over by Lloyds Banking Group in 2008 in a rescue deal. Lloyds subsequently handed back its Irish licence in 2010 and most of its loan book has been sold on.

A Bank of Scotland spokesman said the lender is “working closely” with the Central Bank and “will contact affected customers as soon as possible,” but he declined to give specific details.

Danish lender Danske Bank entered the Republic in 2005 by acquiring National Irish Bank and targeted a segment of the tracker mortgage market where loan values were less than 50 per cent of the value of the property.

Danske decided four years ago to exit the retail banking business in the Republic after racking up enormous bad-loan losses. A spokesman for the company declined to say how many Irish customers were caught up in the tracker scandal, saying the “review is ongoing”.

ACC Loan Management, the remnant of ACCBank, never issued ECB-tracker mortgages but has identified 11 commercial and investment property customers who were overcharged, according to a spokesman.

This became apparent as ACC Loan Management went through its books under the industry-wide tracker mortgage examination, he said. The affected customers were charged the wrong rate, linked to European interbank lending rates.

“The first step we are taking to rectify these accounts is to apply the correct interest rate in order to prevent any further detriment. These customers can expect to receive a letter from us confirming their new interest rate by October 20th, 2017,” the spokesman said, adding the company was “working towards” the commencement of refunds and compensation.

Dilosk, the fledgling lender that bought Bank of Ireland’s ICS Mortgages brand in 2014, does not have any loans that fall under the tracker examination, according to a company spokeswoman.

Irish Bank Resolution Corporation, the run-down vehicle used for Anglo Irish Bank and Irish Nationwide Building Society which was put into liquidation in 2013, has fewer than 20 customers impacted by the tracker scandal, according to a spokesman for the company.

IBRC is “currently finalising our communication plan with these customers” and will then “commence the payment of interim unsecured creditor dividends to customers who have a claim against IBRC”, he said.

Leeds Building Society, which set up a presence in Ireland in 2006, is no longer a part of the examination.

“The Central Bank of Ireland has confirmed Leeds Building Society met its contractual and consumer protection obligations to these borrowers and it did not raise any further queries in this regard,” a spokeswoman said.

Springboard, Permanent TSB’s (PTSB) former subprime lending unit, was found in 2015 to have overcharged 222 tracker customers as part of the original PTSB review.

To date, Springboard – set up in 2006 and sold in 2014 to Mars Capital, an affiliate of US private equity firm Oaktree – is the only lender that has been through an enforcement investigation with the Central Bank. The regulator imposed a €4.5 million fine on Springboard in November of last year. Almost all of the affected customers have been covered by redress and compensation.

Subprime mortgage lender Start Mortgage, which closed to new business in 2009 and was sold by South Africa’s Investec three years ago to US private equity firm Lone Star, is understood to no longer be part of the examination as it did not issue tracker mortgages.

Australian lender Pepper Group, which entered the State five years ago by buying GE Capital’s €600 million Irish mortgage book, has confirmed to The Irish Times that it doesn’t own any tracker mortgages and has notified the Central Bank of this.

Subprime lender Stepstone Mortgage Funding, which was set up in 2006 as a joint venture between KBC and US investment bank Lehman Brothers, is understood to have fewer than 100 mortgages impacted by the tracker crisis.

Stepstone loans were underwritten by Lehman and it stopped writing new business at the onset of the crisis and US bank collapsed in 2008. The company is bound up in the wind-up of Lehman Brothers estate and continues to trade to enhance overall recoveries of its loans.