Ecosystem generates hundreds of millions for Irish lawyers and accountants 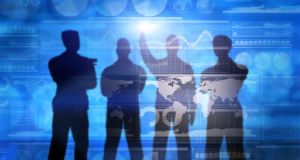 The Irish Times reported on Friday that Greek banks alone have put €53.9 billion of loans – largely understood to comprise problem household and company debt into Irish-domiciled SPVs to help shift them off their balance sheets. Image: iStock

At the height of the Covid-19 consternation in March – when the western economy slid into lockdown and global markets cratered – the biggest shock visited upon Ireland’s financial sector, for once, was not in the domestic banks.

Irish-based money market funds, which housed €574 billion of global assets at the start of the year, suffered 10 per cent investor withdrawals that month as investors rushed to grab cash.

These types of funds have become an important part of the flow of money through the world economy in recent decades, allowing companies and governments to invest money in pools of short-term debt issued by other groups and sovereigns – in the hope of making marginally more money than putting cash on deposit in banks.

Some 45 per cent of euro zone money market funds are based in the Republic’s International Financial Services Sector.

None saw their cash reserves fall to levels that would have triggered rules brought in two years ago that could restrict investors cashing out. But some came dangerously close – before central banks started to pump trillions of euro into the financial system to keep the music going.

Money market funds along with Irish-domiciled international investment funds as well as more esoteric and largely unregulated entities, such as special purpose vehicles and collateralised loan obligations (CLOs), are part of a fast-growing area known as shadow banking – financial activity that goes on outside mainstream banks.

It’s a world that an ecosystem of bankers, lawyers, accountants and other professional services firms in Ireland have made their own in recent decades. Hundreds of millions of euros in fees are up for grabs.

The Financial Stability Board (FSB), an international body set up in 2010 to monitor the global financial system, estimated in a report published this week that shadow banking (a phrase it has stopped using in recent years, because of its perjorative connotations, replaced by the altogether snappier “non-bank financial intermediation”) grew almost 9 per cent last year to $200 trillion (€164 trillion).

Shadow banking now accounts for half of financial assets in the world, having grown faster over the past decade than mainstream banks, which have been subjected to increased supervision and regulatory capital demands during the period.

The size of the non-bank finance sector in the Republic was almost €5 trillion last year, based on the FSB’s estimate that it amounted to 14 times the size of the Irish economy in 2019 – making it one of the world’s largest such hubs.

One of the areas of drivers of growth has been the arcane products, known as collateralised loan obligations (CLOs) vehicles, for repackaged loans of highly indebted companies internationally that are sold on to investors.

Total assets in Irish-based CLOs, mainly set up by US and UK investment firms, spiralled to €78 billion in early 2019 from €15.7 billion five years earlier.

While corporate loan defaults rose globally as a result of Covid-19, European CLOs have fared better than many feared as government and central bank stimulus programmes supported the sector. But risks remain heightened heading into 2021, as many companies – particularly relating to retail and travel – find they can’t stand over going-concern statements as they prepare to report full-year figures.

Meanwhile, Dublin is also the domicile of €859.2 billion of international assets that were held in special purpose vehicles (SPVs) as of the end of September, according to Central Bank data. Many of these SPVs are used to bundle loans such as mortgages to refinance them on global bond markets through a process called loan securitisation.

Section 110 of tax laws introduced in 1997 to encourage companies to set up SPVs and make Ireland a global financing and fundraising hub have turned the country into one of the world’s main locations for such activities.

The Irish Times reported on Friday that Greek banks alone have put €53.9 billion of loans – largely understood to comprise problem household and company debt – into Irish-domiciled SPVs to help shift them off their balance sheets.

The Department of Finance estimates that the international financial services sector in Ireland created 11,600 jobs in the past five years and currently employs 46,600.

It’s set to expand further. Irish Funds, the industry lobby group, says new laws to promote the setting up of private equity and venture capital vehicle funds, which passed the final stages of the Oireachtas this week, will create a further 3,000 jobs by 2025 and attract up to €20 billion of capital a year.

While very little of the activities carried out in Ireland’s shadow-banking universe affects the domestic economy, policymakers and regulators have spent the last decade trying to work out how the various parts fit into the global finance system.

The Central Bank governor, Gabriel Makhlouf, has taken a keen interest in the area since he took on the job late last year. He knows he has to.

Covid-19 could have led to some nasty blow-ups in the shadow banking world, save for extraordinary moves by central banks globally to flood the zone with cash.

But the pandemic will inevitably prompt more work to understand links and risks in the system – and accelerate areas of non-bank finance currently outside regulators’ control being brought in from the shadows.