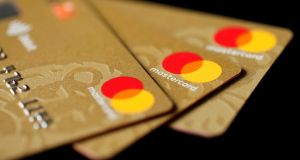 Mastercard faces the prospect of a £14 billion (€15.2bn) UK class action – the largest of its kind – after losing another battle at the country’s highest court over illegal swipe fees.

The UK’s supreme court ruled in favour of a group behind a proposed British suit representing some 46 million consumers. Friday’s decision also sets the stage for a slew of class-action cases after the judges made it easier to bring mass claims.

Mastercard has faced numerous legal challenges since EU courts said its cross-border payment fees unfairly restricted competition. The decision means the long-running British case, which started in 2016, will now be reconsidered by a specialist tribunal.

After the ruling, both sides hit out at each other’s attorneys.

“Mastercard has been a sustained competition law-breaker,” said Walter Merricks, who is bringing the case. “Instead of apologising and accepting responsibility for the wrongs it committed, all Mastercard has done is to bury its head in the sand and to get its lawyers to raise what have now been clearly and finally determined to be bad arguments.”

“No UK consumers have asked for this claim,” the company said in a statement. “It is being driven by ‘hit and hope’ US lawyers, backed by organisations primarily focused on making money for themselves.”

The decision was handed down following the death of Judge Brian Kerr, who had presided over the hearing. His vote would have led to a 3-2 ruling to dismiss the appeal. After his death two dissenting judges dropped their opposition.

It comes after the supreme court in June ruled against Mastercard and Visa Inc in a similar case brought by some of the largest British retailers over the fees, levied by banks at rates set by the card companies each time a transaction leads to a card swipe at a register.

The ruling also paves the way for further consumer class-action lawsuits which were made possible by a 2015 law change but have struggled to get traction. When considering the question of individual damages, the supreme court has now lowered the bar in similar group actions, said Louise Freeman, a competition lawyer at Covington and Burling.

The ruling means “it is not the job of the Competition Appeal Tribunal to set up too many hurdles”, she said. – Bloomberg