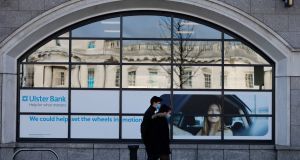 The Government faces the prospect of having to inject fresh money into the banking system a decade after its €64 billion bailout of the sector, as it emerged on Friday that Permanent TSB is in talks to buy most of Ulster Bank’s mortgage book and some small business loans.

Ulster Bank’s UK parent, NatWest, confirmed before European stock markets opened that it will wind down Ulster Bank in the Republic in a “phased withdrawal” over the coming years and that it was in talks to sell portions of its loans to AIB and Permanent TSB (PTSB). Both are majority owned by the State.

AIB said it plans to buy €4 billion of Ulster Bank loans to large and medium-sized companies. PTSB also said that it was in early discussions on buying assets from the exiting bank. Sources said the lender is in talks to acquire most of Ulster Bank’s €14 billion mortgage book and up to €700 million of small business loans in a deal that could almost double its assets.

However, it is likely that the bank may only end up with taking between €5 billion and €6 billion of Ulster Bank assets onto its balance sheet, reducing the amount it would need to tap the State form.

Industry sources say that PTSB would have less interest in taking Ulster Bank’s low-profit tracker mortgage book of up to €7 billion onto its books, but this could end up being refinanced with international bond investors, with PTSB retaining day-to-day relationships with underlying borrowers.

Minister for Finance Paschal Donohoe told reporters that he would have to carefully consider any proposed deal involving PTSB that would require fresh taxpayer funds. Ireland’s three surviving bailed-out lenders have so far only repaid two thirds of their combined €29 billion crisis-era rescue bill. AIB accounted for €20.8 billion of the total bill.

“I would only make such an argument [to provide PTSB with funds] if I believed it was in the interests of meeting the needs of our economy, and meeting the credit and investment needs of customers of all of our banks and former Ulster Bank customers,” Mr Donohoe said, adding that a lot of work remains to be done to see if a deal is possible.

The emergence of PTSB and AIB as leading candidates to buy large portions of Ulster Bank’s €20 billion loan book reflects a lack of interest among overseas banks to dip their toes in the Irish market, where banks are required to hold as much as three times expensive capital in reserve against mortgages as their European counterparts.

An exit by the third biggest bank in the State will hit competition, likely leading ultimately to higher lending and banking costs, and may precipitate a broader move to negative rates on deposits, consumer representatives have warned.

A potential loan sale deal with PTSB may also involve the bank taking over a portion of Ulster Bank’s €22 billion deposit book, employees and an amalgamation of and slimming down of the groups’ combined branch networks, sources said. Ulster Bank has 88 branches and PTSB has 76 locations, with the latter holding a greater footprint in the middle and southern parts of the State.

AIB is set to take on up to 300 of Ulster Bank’s 2,800 staff as part of its plan to buy most of the corporate loan book.

The decision by NatWest to wind down Ulster Bank in the Republic brings to an end five months of speculation since The Irish Times reported last September that an exit from the market was under active consideration, as the challenge of turning around a business struggling with high costs and low profitability has become even greater as a result of the coronavirus crisis.

6 Irish biotech Amarin gears up for drug launch in Europe