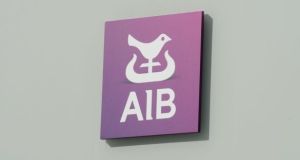 AIB said the portfolio consists of 4,000 non-performing loans, with an average time since first default of 10 years.

AIB said on Friday that it has agreed to sell a portfolio of mainly deep-in-arrears mortgages, on the same day that it emerged that it is in talks to acquire as much as €4 billion of commercial loans from Ulster Bank, which is retreating from the Republic.

The State’s largest mortgage lender is set to sell the non-performing loans (NPLs) portfolio to US investment group Apollo for a discounted price of €400 million, with Mars Capital Finance Ireland contracted to service the loans. The total original value of the loans in the portfolio, known as Project Oak, was about € 1 billion.

Some 92 per cent of the loans are against owner-occupied homes, with the remainder secured against buy-to-let and mixed-use properties. The portfolio extends across about 3,500 properties. The average loan stands at €300,000 and is in arrears on payment to the tune of about €95,000.

The bank said the transaction is “an important step” in achieving AIB’s target of reducing its NPLs to about 3 per cent over the medium term. The ratio stood at 6.6 per cent at the end of last September.

AIB, led by chief executive Colin Hunt, also said on Friday that it plans to buy about €4 billion of performing commercial loans from Ulster Bank. It comes as Ulster Bank’s parent, UK-based NatWest group, confirmed that it was exiting the Irish market in a “phased withdrawal” over a number of years.

A deal could involve about 5,000 customers who have more than €2 million of annual revenues and would see between 250 and 300 Ulster Bank staff move to AIB, according to sources. It would also result in virtual duopoly between AIB and Bank of Ireland in many segments of business lending market, if approved by competition authorities.

PTSB is also circling Ulster Bank’s loan book. Sources said PTSB is in early talks to acquire most of Ulster Bank’s €14 billion mortgage book and up to €700 million of small business loans in a deal that could almost double its assets.