Over the course of 160 years, Ulster Bank grew from a small regional presence to being a major property lender in the Celtic Tiger boom years 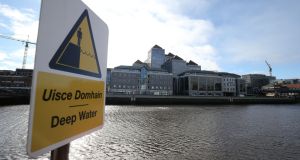 Ulster Bank would bankroll some of the country’s largest developers, including Sean Dunne, and launch the State’s first 100 per cent mortgages

Established in 1836 as a conservative lender by a group of Belfast merchants, Ulster Bank’s linen trade customers continued to thrive even as the island was ravaged by the Famine a decade later. It went on to set up two offices in the Republic in 1860, before merging in 1917 with London County and Westminster Bank, a precursor to NatWest.

Roll on to the end of the century and Royal Bank of Scotland, then under chief executive Fred ’the shred’ Goodwin, inherited an exposure to the Celtic Tiger economy in 2000 as part of its takeover of NatWest, before doubling down three years later in Ireland through the purchase here of former building sociey First Active.

With caution thrown to the wind, the bank would bankroll some of the country’s largest developers, including Sean Dunne, and launch the State’s first 100 per cent mortgages

Here’s a timeline of the major milestone’s in Ulster Bank’s long history in the Irish banking market.

1836 - Ulster Bank sets up on Belfast’s Waring Street, and develops a business over the next few decades across what would become Northern Ireland, servicing wealthy clients in the linen trade even as much of the island is hit by the Potato Famine.

1860 - The lender opens its first branches outside Ulster, in Sligo and Ardee, Co Louth.

1862 - Ulster Bank opens an office at College Green in Dublin.

1917 - The bank is taken over by London County & Westminster Bank of London amid uncertainty caused by the Easter Rising and a wave of consolidation at that time in the British banking sector .

1997 - The lender opens its landmark premises on Dublin’s Georges Quay, as its expansion in the Republic is fuelled by the Celtic Tiger economy.

2000 - RBS buys Natwest, a bank three times its size, for £23.6 billion (€26.9 billion). The deal was seen as the making of then deputy RBS CEO Fred Goodwin, who would become group CEO the following year.

2005 - First Active launches the first widely-marketed 100 per cent mortgage in the Republic in a development that’s quickly followed by rivals .

2008 - RBS requires a £45 billion (€51.6 billion) bailout from the UK taxpayer and starts pumping money into Ulster Bank to keep it afloat as its bad loan losses start to soar following the property crash.

2009 - Ulster Bank’s loan book would peak at €48.8 billion, after ballooning by almost 300 per cent in the space of five years during the credit bubble.

2011 - RBS parachutes Jim Brown in to run the Irish business.

2012 - An IT systems failure leaves 600,000 customers deprived of basic banking services over a 28-day period; it would lead to an almost €60 million compensation bill - and €3.5 million Central Bank fine.

2013 - RBS’s bailout bill for Ulster Bank would peak at £15 billion (€17.2 billion). UK parent group decides to moves toxic Ulster Bank commercial property loans into an internal bad bank and sell them on, while reaffirming its commitment to the Republic.

2014 - RBS takes a fresh strategic look at Ulster Bank and seeks interest from private equity investors to buy a stake or a merger deal with another Irish bank; it results in another commitment to retain the Irish unit.

2015 - Ulster Bank’s operation in Ireland was formally split into separate businesses, north and south of the Border. Brown moves to the UK to run RBS’s then Williams & Glyn unit; Gerry Mallon steps down as head of Danske Bank Northern Ireland to lead Ulster Bank in the Republic.

2016 - Ulster Bank pays €1.5 billion dividend to its parent, the first since the financial crash.

2017 - The cost of Ulster Bank’s involvement in the industry-wide tracker scandal rises to €300 million, including money to cover refunds and compensation - and a likely fine.

2018 - Mallon quits as CEO and senior RBS executive Jane Howard is sent to Dublin to take over the business in the Republic.

2020 - RBS rebrands as NatWest. The Irish Times reports that the UK group is considering winding down the Irish unit as part of fresh strategic review.