Some 28 bankers in Ireland earning €1m or more

Figures cover those working at foreign owned institutions, rather than Irish banks 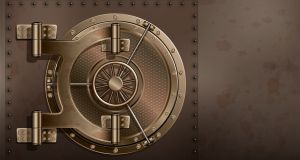 The average total remuneration per individual was €1.8 million

The Republic of Ireland has the 10th largest number of bankers earning €1 million or more a year in the European Union.

The figures, which come from the European Banking Authority, show there were 28 Irish bankers who collectively received €30.75 million in remuneration in 2017.

The average total remuneration per individual was €1.8 million. Of these, 10 individuals were working in investment banking, nine in senior management roles in banks, five in asset management, and two in retail banking.

The figures cover individuals working for foreign-owned institutions, rather than Irish banks, where there is a €500,000 cap on pay still in place.

Overall, the data shows that the number of high earners in European banks receiving a remuneration of more than €1 million slightly increased from 4,597 in 2016 to 4, 859 in 2017.

The average ratio between the variable and fixed remuneration for high earners continued to fall from 104 per cent to 101.08 per cent over the same period.

The largest population of high earners in the EU with 3,567 millionaires were located in the UK, which was home to close to three-quarters of all high earners.

Most member states registered an increase in the number of high earners in 2017 with the Republic of Ireland being among only a handful of countries to record a slight decrease.