Q&A: Where does KBC Ireland’s fine leave other tracker investigations?

Industry-wide scandal now dates back more than a decade 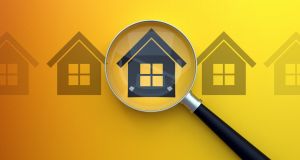 The Central Bank started an examination into the tracker mortgage issue in late 2015 and began enforcement investigations the following year. Image: iStock

KBC Bank Ireland has been fined €18.3 million in relation to the tracker mortgage scandal. Are there more fines to come?

This is the third fine imposed by the Central Bank on a lender for its role in the industry-wide scandal that dates back more than a decade. Permanent TSB (PTSB) was fined €21 million last year – a record Irish penalty. And in late 2016 PTSB’s former subprime lending unit Springboard Mortgages was landed with a €4.5 million fine, bringing the total, to date, to almost €44 million.

The regulator is continuing to carry out enforcement investigations against four other lenders, including Bank of Ireland, AIB and its EBS unit, and Ulster Bank.

The KBC Ireland fine is €4 million above the €14 million that the bank set aside last year for an expected sanction. AIB has made a €35 million provision to date for a likely fine, while Bank of Ireland and Ulster Bank have not revealed how much they have ringfenced for the matter.

The Central Bank, which started an examination into the tracker mortgage issue in late 2015 and began enforcement investigations the following year, has had to take care to carry out thorough, forensic work to build bases against individual firms.

Law changes in 2013 doubled the maximum monetary penalty the regulator can impose on a financial firm for rule breaches, from €5 million to €10 million, or 10 per cent of turnover, and for individuals from €500,000 to €1 million.

Both the KBC Ireland and PTSB fines cover rule breaches that occurred both before and after 2013 change.

Banking sources extrapolated from the original PTSB fine that the sector could face up to €350 million of penalties, on the basis that it equated to about 5 per cent of its total operating income for the previous year. However, the KBC Ireland fine shows that the calculation is more complicated and makes it difficult to draw implications for other lenders.

Central Bank governor Gabriel Makhlouf told The Irish Times last week that the financial impact of Covid-19 on banks – which are on track to be loss-making this year – has not played a role in the regulator’s fines deliberations.

Where does the money that is paid in fines end up?

All fines collected by the Central Bank are returned to the exchequer. This is the regulator’s 139th settlement under its so-called administrative sanctions procedure since 2006 – bringing total the total to over €123 million.

Remind me how the whole tracker saga started?

Tracker mortgages – which are cheap loans that track the main European Central Bank (ECB) rate – were introduced in the Republic in 2001 by Bank of Scotland and quickly became a popular product across the industry.

All was good for the banks as long as their own funding costs were in sync with central bank rates. However, as the financial crisis set in in 2008, lenders saw their financing costs soar and they quickly started to withdraw tracker products from new customers.

In KBC Ireland’s case, the Central Bank found that the lender devised a strategy to send letters to tracker customers from August 2008 seeking to convince them to switch for a period to a fixed-rate loan – without properly explaining that borrowers would revert to a more expensive, and changeable, standard variable rate after the fixed-rate period.

In addition, the bank also took the opportunity around that time to push tracker mortgage borrowers facing financial distress and seeking to make interest-only payments for a period, on to a variable rate once the break was up. Again, it didn’t adequately explain the implications to the affected borrowers.

Other banks also wrongfully denied borrowers their right to a tracker rate, and, in many cases, actually charged the wrong rate.

The Central Bank asked the banks to start looking through their files for tracker issues in 2015. Right? How did KBC Ireland come out of this?

In two words: very badly. KBC Ireland was the last of the five main banks in the market to ‘fess up in late 2017 to the extent to which it had participated in the tracker mortgage scandal.

Executives from the bank, which had about a 10 per cent share of the mortgage market before the crash, were alone among banking chiefs hauled before the Oireachtas finance committee that September in refusing to disclose how many of its customers had been affected by the issue or how much it had set aside to cover redress and compensation.

Behind the scenes, the bank low-balled its number of identified cases at the time. The Central Bank said on Thursday that KBC Ireland initially identified 93 cases. The total number of acknowledged cases has since risen over 3,700 – but only, according to regulator, “following sustained challenge and intervention”.

How much has KBC Ireland paid out in refunds and compensation?

The figure includes a group of 5,900 AIB customers who secured additional compensation after the Financial Services and Pensions Ombudsman ruled earlier this year that the bank’s previous offer to this group was a bit of a joke.

Well, actually, the ombudsman only ruled on one case, but the bank had to apply it across similar cases. There may yet be further ombudsman decisions that will have wider ramifications.

Is the Central Bank investigating individual bankers – either former or current – for their actions in relation to the tracker debacle?

The regulator has said in the past that it is looking at the conduct of firms and senior bankers, but has not gone so far as to say whether any individuals are subject to a formal enforcement investigation. The bank has also remained in contact with An Garda Síochána and other authorities throughout the wider examination.

Meanwhile, the draft laws for a senior executive accountability regime (Sear), which have been in the works for well over a year and would make it easier for regulators to fine, reprimand or disqualify a manager in a financial company, have yet to see the light of day.

The Programme for Government, agreed in June, commits to introducing Sear, which would be similar to rules introduced in the UK in 2016.