Irish insurers in focus as UK cracks down on dual pricing 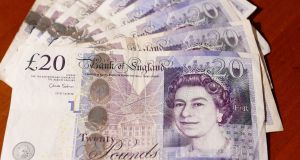 The most common form of differential pricing is where insurers offer new customers better rates than those renewing their policies. Photograph: iStock

A move by the UK Financial Conduct Authority (FCA) on Tuesday to propose a ban on insurers charging repeat car and home insurance customers more than new clients will increase the pressure on the Central Bank of Ireland to take a similar stance, according to analysts.

The Central Bank “will give due consideration” to the FCA’s final report as it continues to work on its own review of the practice of dual, or differential, pricing in the Irish insurance market, a spokesman for the organisation said.

The most common form of differential pricing is where insurers offer new customers better rates than those renewing their policies, who may end up paying a “loyalty premium” that penalises them for not shopping around.

The Irish regulator, which has been looking into dual pricing in the Irish market since last November, said earlier this month that it is being practiced more widely than coverage providers have admitted.

The Programme for Government, agreed in June, pledged to work to “remove dual pricing” from the Irish insurance market.

The Central Bank plans to complete an interim report on its work by the end of this year, with a final report expected in the third quarter of 2021. The bank has said, however, that it is keen to avoid “unintended consequences” from any new regulations, such as stifling of competition.

Goodbody Stockbrokers analysts said the FCA findings “may ultimately play a central role in any recommendations by the Central Bank, but overall will likely have the impact of incrementally reducing sector premiums and returns”.

“Irish customers cannot afford to wait another year for the Central Bank to finish its review. What is needed is action – dual pricing must be banned,” said Pearse Doherty, finance spokesman with Sinn Féin. “It has been banned in over 20 states in America. Today the British regulator announced that it will do the same. Sinn Féin will be introducing legislation in the Dáil to ban dual pricing outright.”

The FCA said when a customer renews their home or motor insurance policy they should pay no more than if they were new to their provider through the same sales channel. It estimates its proposals will save consumers £3.7 billion (€4 billion) over 10 years.

It singled out “price walking” or complex pricing practices that allow insurers to raise prices for consumers who renew their car and home insurance policies year after year.

The FCA is also proposing rules requiring insurers to consider how they offer fair value to customers over the longer term, and to report data to the watchdog so that it can check the new rules are being followed.

The proposals are being put out to public consultation until January, with final rules published next year.

1 Revenue publishes list of companies tapping State for wage support
2 Grocery shopping app Buymie delivering for Devan Hughes
3 How long can Government afford to keep State pension age at 66?
4 107 jobs at risk as Broderick’s shareholder considers examinership
5 Developers may need to go back to the drawing board as one-beds fall from favour
6 Covid-19 will have a significantly worse impact on UK public finances than on ours
7 Halfords sees 700% increase in sales of e-scooters
8 Irish homeowners must see rates relief if they make it through Covid turmoil
9 Trump vs Biden: Stakes are high for the Irish economy
10 Bake-off soy sauce tweet backfires for UK trade ministry
Real news has value SUBSCRIBE