Provident Financial slump hits like a blast from the past

So do we have another Northern Rock on our hands? Probably not 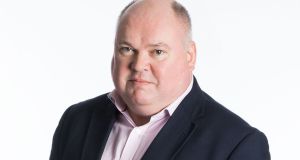 When Provident Financial hit the market with a shock profits warning on Tuesday, it was a bit like being transported back in time – back to that moment a decade ago when the run on Northern Rock brought home the horrifying scale of the reckless lending crisis.

Provident Financial is Britain’s biggest subprime lender and its grim profits warning – the second in as many months – was accompanied by news of the abrupt departure of its long-serving chief executive, Peter Crook.

Shares in the doorstep lender, which gives loans to consumers with poor credit records, swiftly went into free-fall. At one stage they crashed by more than 75 per cent as the company said it will axe dividend payments and also revealed that one of its products is being investigated by the City regulator.

Instead of making the £60 million profit promised just two months ago, which was in any case a downgrade of previous expectations, Provident Financial now expects its core home credit business to plunge into the red by up to £120 million.

The City was stunned. Provident Financial shares, trading at more than £17 apiece on Monday night, plummeted below 450p at one stage, wiping some £2 billion from the company’s stock market value.

It is one of the biggest-ever one-day losses suffered by a FTSE 100 company. Provident Financial was promoted to the index of Britain’s largest publicly quoted companies in December 2015, when its shares were riding high at around £36 apiece and its market value topped £5 billion.

So do we have another Northern Rock on our hands? Probably not – while the future looks bleak for Provident Financial, the problems would appear to be more of its own making than a signal of any new crisis in the subprime sector.

At the heart of its meltdown is a disastrous attempt by Crook to reorganise the group’s army of doorstep agents – the people who collect debt repayments from customers.

Instead of employing 4,500 self-employed and mainly part-time workers, Crook wanted 2,500 full-time employees, who would be supported by a fancy new IT system. These were redesignated by the company as “customer experience managers”.

But, the company found, the agents didn’t like working with their new iPads and apps and didn’t want to be working full-time. It seems that neighbourhood beats that had been successfully served by the same agents for years were redrawn and reassigned to new employees. New schedules meant they often turned up to make collections when nobody was at home.

As Provident struggled to fill the full-time jobs, debt collection rates plummeted from 90 per cent in 2016 to 57 per cent this year.

The Financial Conduct Authority’s probe into one of Provident Financial’s products is an additional cause of concern to the City. It centres on a repayment option plan (ROP), sold by the company’s Vanquis Bank business.

The ROP, which contributes some £70 million of group revenues, allows customers to freeze their credit card repayments if they get into financial difficulties. Some analysts have compared the product to the payment protection insurance pushed on customers by the big banks in recent years and which has ballooned into the industry’s biggest-ever mis-selling scandal.

Provident agreed to suspend all new sales of the ROP in April 2016 but made no mention of this until yesterday. The FCA is now looking at sales of the product for the two years up to April 2017. If it finds the plans have been mis-sold, Provident could face a flood of compensation claims.

Shares in Provident Financial have been targeted by short-sellers in recent months and some hedge funds will have done very well indeed out of yesterday’s share price crash.

But the plunge in the price and the axing of dividends is a disaster for other investors. These include the high-profile fund manager and star stock picker Neil Woodford, whose funds are sitting on a near-20 per cent stake in Provident – shares that are now worth £300 million less than they were on Monday.

After the profits warning in June, Woodford expressed his support for the company and used the share price weakness as an opportunity to top up his stake. The dividend would be safe, he told his followers, highlighting the tendency of the market to “over-react” to bad news.

He reiterated his support yesterday: “This business has been around for more than a century and I believe it will be around for many decades to come.”

It will be interesting to see whether he’ll be brave enough to top up his stake even further at the new, knock-down price.