Barclays uses sensors to track how long bankers at desks 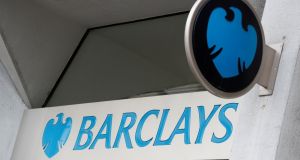 There was a “phased roll-out” of the tracking devices, and Barclays staff and the Unite union were notified before they were installed. Photograph: Stefan Wermuth/Reuters

Barclays has installed devices that track how often bankers are at their desks.

Managers were peppered with queries when investment bank staff in London discovered black boxes stuck to the underside of their desks in recent months, according to several Barclays employees who asked not to be identified speaking about their workplace. They turned out to be tracking devices called OccupEye, which use heat and motion sensors to record how long employees are spending at their posts.

There was a “phased roll-out” of the devices, and Barclays staff and the Unite union were notified before they were installed, although the bank did not send out a specific memo about them, according to a spokesman. The Barclays employees said they don’t remember being informed about the boxes, but spokespeople for the bank said there have been no official human-resources complaints.

The devices, made by UK-based Cad-Capture, are pitched as a way for companies to find out how they can reduce office space, providing a multicoloured dashboard to show managers which workstations are unoccupied and analyse usage trends.

“The sensors aren’t monitoring people or their productivity; they are assessing office space usage,” the bank said in an emailed statement. “This sort of analysis helps us to reduce costs, for example, managing energy consumption, or identifying opportunities to further adopt flexible work environments.”

Barclays has some 100 staff in the Republic, and has leased additional office space that would allow for expansion. It is not known whether the bank has used OccupEye in its Irish facilities.

Hot-desking may appeal as a cost-cutting strategy to Barclays chief executive Jes Staley, who has said there are “tremendous savings” to be made by reducing the bank’s real-estate footprint. In December, Barclays sublet office space in London’s Canary Wharf district to the government, saving about £35 million (€38 million) a year.

Investment banks are increasingly using technology to keep tabs on how their staff spend their time. Barclays has introduced a computer system to track how much is earned from every client, allowing bosses to determine how much time traders, analysts and salespeople should spend with each customer.

“We were given assurances that the boxes did not monitor individuals or their performance,” Unite national officer Dominic Hook said in a statement. The union “will keep a close eye on the situation to make sure that the sensors are never used to spy on staff or as a means to measure productivity.”

Inquiries to ten other banks with operations in London found that Lloyds Banking Group uses similar motion-tracking devices. OccupEye boxes have caused controversy elsewhere: the Daily Telegraph newspaper removed the devices the same day they installed them after complaints from staff and a journalists’ union about “Big Brother-style surveillance.”

Investment banks JPMorgan Chase, Goldman Sachs, Citigroup and Credit Suisse do not currently use any kind of desk monitoring in London, according to people with knowledge of the banks’ practices, who asked not to be identified speaking about personnel matters. Spokespeople for the four firms declined to comment.

Lloyds, like Barclays, has been trimming its London space, aiming to save 100 million pounds a year. “It’s important to keep office and working space under regular review,” Lloyds spokesman Ross Keany said in an email. “While we use motion sensors in some of our sites, we also make sure to engage colleagues and seek their feedback on what would work best.”