Fiat has a market value of €20 billion 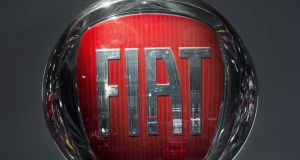 Fiat is seeking a partner or buyer for the world’s seventh-largest automaker to help it manage rising costs.

Chinese carmaker Great Wall has expressed interest in buying Fiat Chrysler Automobiles, an audacious ambition that would meet significant political and financial hurdles even if the Italian-American car giant agreed to negotiations.

A spokesman for the Chinese group – best known for domestic sales of sport utility vehicles such as the Haval H6 – said: “We have always had the interest and intention to acquire FCA.”

FCA, which owns the Jeep, Ram, Alfa Romeo and Maserati brands, has been searching for a buyer in order to cut the development costs of electric and self-driving cars.

Its chief executive Sergio Marchionne, who is due to retire in 2019, has previously made unsuccessful overtures to General Motors and Volkswagen Group about buying the company.

But seeking to sell one of the three major US carmakers to a Chinese buyer could run into political hurdles at a time when US president Donald Trump’s administration has toughened the country’s stance on deals involving China.

Analysts also raised questions over Great Wall’s ability to finance such a deal.

Great Wall has a market capitalisation of Rmb120.9 billion (€15.35 billion) and the company last year made a net profit of Rmb10.6 billion (€1.35 billion). Its sales have been falling amid heightened competition.

Fiat Chrysler, which has a market cap of €16.45 billion and net debt of €4.2 billion, said it had not been approached by Great Wall about a takeover.

It also denied earlier reports that Great Wall had written to FCA about buying its flagship Jeep brand.

Great Wall, which is run by Wei Jianjun, has been trying to move into upmarket SUVs, which have higher margins and wider international appeal.

Although FCA makes a range of vehicles, it is a strong force in high-end SUVs.

The company’s Jeep brand alone sold 1.4 million vehicles last year and has targeted two million sales by 2020, a huge step up from the 900,000 it sold when FCA took over the business as part of the Chrysler deal during the financial crisis in 2009.

On a recent analyst call, Mr Marchionne suggested that the brand could one day account for one in five of all cars sold globally, which would mean seven million vehicles given the current size of the global car market.

Analyst Yale Zhang of Shanghai-based consultancy China Automotive Foresight said FCA Group was “simply too big” for the Chinese company to digest. He suggested it would be more logical for the company to try to acquire a single brand, such as Jeep, from FCA.

“Great Wall wants to be the number one SUV maker in the world, and they can achieve that goal that much faster if they buy Jeep,” he said.

Another Hong Kong based analyst who declined to be quoted by name, said in an email: “They don’t have much cash, and levering up to buy FCA (presumably with all the liabilities attached) feels rather a high risk. I’d also be surprised if FCA let them just carve out Jeep.”

FCA already makes some Jeep models in China through a partnership with local producer Guangzhou Automobile. Under China’s rules, international carmakers are required to form joint ventures with domestic producers.

Great Wall’s sales fell 4.7 per cent year on year in the quarter to June 30th, revenues dropped 13.7 per cent and net profit slid 78.8 per cent.

In addition, the group’s flagship Haval H6 model, which accounts for half of its total sales, saw its shipments drop 5.5 per cent to 263,872 vehicles in the first seven months of this year.