Navan firm sold as part of transaction worth up to €419m 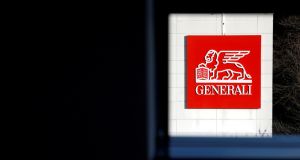 Generali said on Thursday that it had agreed to sell Generali Link in Navan, a shared service provider focused on fund and policy administration, as well as Guernsey-based Generali Worldwide, which offers life-insurance-based wealth management and employee benefit solutions globally, to Life Company Consolidation Group (LCCG) in a transaction worth up to €419 million.

A spokeswoman for Generali said that the value of the Irish company, which employed 116 people as of the end of 2016, was “immaterial” as part of the wider transaction, but declined to give a breakdown.

“Generali will be working very closely with the buyer to ensure a smooth transition of ownership and a seamless continuity in day-to-day operations,” she said.

The development follows on from Generali’s sale late last year of its Navan-based Generali PanEurope operation, which was set up in 1999, to a unit of LCCG for a total consideration of up to €230 million. LCCG’s Utmost subsidiary has since rebranded the operation as Utmost PanEurope.

Frederic de Courtois, head of Generali’s global business lines and international division, said that the latest sale meant that the group had raised €1.5 billion from divestments, ahead of its €1 billion target.

LCCG was incorporated in 2013 by industry veteran Paul Thompson to collect unwanted life insurance businesses, or closed books. The Oaktree Capital-backed company has since bought live books, including the acquisition last year from Generali.

LCCG and its subsidiaries are responsible for about £24 billion (€26.9 billion) of mainly unit-linked policyholder assets for more than 250,000 customers, according to its website.

Ireland has been a key focus for LCCG in recent years. It bought Harcourt Life, formerly Anglo Irish Assurance Company, in 2015, followed a year later by the purchase of Irish businesses from Axa and Aviva. In April, LCCG agreed to buy Aegon Ireland’s international investment bond business, which has €3 billion of client assets across 7,000 policies.

LCCG is reported to be ultimately targeting a stock-market flotation once its assets under management reach about €50 billion.