More than 9,500 families lost their homes during the recent recession, a statistic many have conveniently forgotten 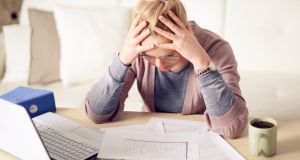 Tens of thousands of people face a difficult time ahead and many face losing their home.

When I was younger, I was taught that prevention was better than cure. This is something we as a country did not adhere to following the last recession regarding mortgage arrears. It is essential that the lessons learned from that crash are applied to what is coming here next.

The pre-Covid-19 mortgage arrears landscape was already far from good and I will start by outlining this to illustrate the challenges with arrears post-virus.

During the pandemic, Irish banks and vulture funds have given 78,000 borrowers a mortgage break. This is the calm before the storm for mortgage arrears post-Covid, assuming there is no second wave.

More than 9,500 families lost their homes during the recent recession, a statistic many have conveniently forgotten. We have a shameful crisis in homelessness and every effort is being made to avoid facing the truth about the numbers of people already in mortgage arrears who face losing their home.

This number is enormous. The Central Bank of Ireland’s report on mortgage arrears 2010-2018 stated that, in its view, more than half of those in long-term arrears would lose ownership of their home.

In addition, 50 per cent of people involved in the local authority shared ownership scheme were in mortgage arrears.

Banks restructured 81,255 family home mortgages during the last crash, and 22 per cent of these are now in arrears. This was celebrated by all at the time but within this there now contains some time bombs.

Just over a quarter or 27.1 per cent of this figure (some 22,020 households) were given split mortgages. Those given split mortgages will have a bullet payment to make when they reach 65 or 70 years of age. This has only pushed the problem down the road and will cause many to lose their homes if they cannot afford the payment – it ranges from 20-70 per cent of their mortgage.

Additionally, 42.5 per cent (some 34,533 households) of people were allowed capitalise their arrears and extend their term. So post-Covid, when someone already with this type of restructure presents seeking help, there will be little else that the lender can do. It should also be noted each of the numbers relating to mortgage arrears relates to a household and not just one person.

Ireland, in its wisdom, established a private insolvency system in 2013. This was a brave attempt to introduce a reforming regime but was thwarted by too much lender influence. When this would not work, it established a scheme to pay insolvency practitioners and lawyers to do this work. The Abhaile scheme was a good idea as more than 11,500 people engaged with it but the results are worrying.

A total of 4,600 Personal Insolvency Arrangements have been done involving family homes since the insolvency system was established in 2013. At this rate, it will take 22 years to resolve the long-term mortgage arrears cases before we even consider what the post-Covid landscape will look like.

As a start, we as a country must also do everything to protect employers to ensure workers can keep their jobs. The previous mortgage arrears crisis was unresolved with a 5 per cent unemployment rate. It is going to be much higher post Covid.

When the previous crash began, there was a flurry of activity preventing banks repossessing family homes. The Central Bank has a code of conduct in mortgage arrears that in hindsight was a major contributor to the situation of families around mortgage arrears worsening. This allowed unsecured creditors attack debtors and suck money from them, leaving them further in arrears and exposed to losing their home. This cannot happen again.

We also need to reinvent solutions such as the Mortgage-to-Rent scheme (MTR). This was a good scheme but poorly executed. In recent years, it has improved, but will need to be expanded to capture more families and individuals who face losing their home.

The income threshold must be increased and a dedicated specialist unit, previously promised, needs to be set up linking lenders and approved housing bodies to deliver MTR effectively and efficiently and at scale. The Housing Agency is fit for this and should be resourced.

A stakeholder group representing debtors, creditors and insolvency practitioners made recommendations two years ago to the Department of Justice about changes needed in the Insolvency Act. None of these have been implemented.

Section 115a of the Insolvency Act, for example, allows for people to appeal a lender’s refusal to accept an insolvency agreement to court. This section must be changed as it excludes anyone in mortgage arrears post-Covid as it has a specified time of being in arrears pre January 1st, 2015.

It is time to be radical with ideas like debt-for-equity swap, where those in mortgage arrears can do a swap with their lender. Debtors can swap percentage ownership of the house with the bank in return for right-sizing the debts.

And is it time to nationalise all lenders, banks and vulture funds to prevent chaos?

Another radical option is modelled on the Nama homeowner option. AIB last year launched probably the most radical mortgage arrears project in history. It offered some loans to two charitable entities to make a pitch to buy them rather than selling them to a vulture fund. The pitch had to price the offer with keeping people in their homes.

This requires radical restructuring of the loans and passing on some of the discount the loans are bought for. This will cost the bank more than selling to a vulture fund.

It is unacceptable that any lender would give a discount to a vulture fund and not pass this onto its own customers now in mortgage distress.

A taskforce dedicated to establishing a funded one-stop-shop, where people post-Covid who are in debt, can avail of a full suite of assistance should be provided free of charge.

Tens of thousands of people face a difficult and uncertain time ahead and many face losing their home. There are other options and we as a society and the Government should recognise the benefits of prevention rather than cure.