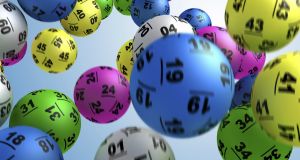 Another website offering punters a chance to bet on lotteries here and elsewhere has launched in Ireland.

Lottoz.ie lets consumers play 14 big state lotteries, including the US Powerball Lottery which currently has a jackpot of €88.3 million.

If a player hits the right numbers, Lottoz.ie pays out the equivalent prize money as if the customer had a ticket for the draw, covering the cost through a complex formula of hedging and insurance.

Developed by gaming technology firm Morpheus, Lottoz.ie is part of a new wave of sites invading the market, which lets players select numbers for various draws without buying a ticket.

Mainstream lotteries, including the National Lottery here, claim so-called secondary lotteries such as Lottoz.ie erode their ability to generate funds for good causes.

In Britain, the Lottoland website has already crossed swords with UK operator Camelot for selling discounted tickets to the weekly EuroMillions draw.

1 Coronavirus: Construction sector most significant part of new shutdown
2 British exceptionalism backfires in style as Johnson tests positive for coronavirus
3 Volkswagen burning through €2bn in cash per week
4 UK needs to be honest about its Covid-19 strategy
5 Can husband keep savings and half the house in divorce?
6 Remote working doesn’t suit everyone, and it exposes woolly leadership
7 Will Covid-19 force Primark to rethink decision not to sell online?
8 Wetherspoon’s panto-villain chairman may have the last laugh
9 People remote working can claim tax relief for lighting, heat and broadband
10 Coronavirus: Medtronic aiming to make 500 ventilators a week
Real news has value SUBSCRIBE