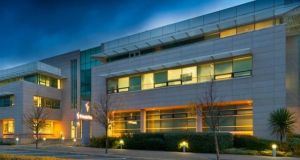 Friends First, which traces its roots in Ireland back to 1834, came under the total control of Achema, formerly known as Eureko, 15 years ago.

Dutch financial group Achmea is poised to extract €220 million from its move to sell Friends First, the Irish life assurance, pensions and investment firm, to Aviva.

UK insurance company Aviva confirmed on Tuesday that it has agreed to buy Friends First, the Irish life assurance, pensions and investment firm, for €130 million in cash.

However, Achmea said separately that its total proceeds should rise to €220 million. This includes up to €90 million of dividends, or excess capital, being paid by Friends First to the Dutch group by the time the deal is expected to complete in the first three months of next year.

On completion of the transaction, Aviva’s Irish business will have 15 per cent shares of the life insurance and general insurance markets in Ireland, Aviva said in a statement. A spokeswoman for Aviva Ireland said the company expects to have a limited voluntary redundancy scheme after the deal closes as there will be duplications of roles among the combined 1,530 staff.

“We don’t expect many jobs will be lost. There will also be lots of opportunities for redeployment as this is a growing business,” the spokeswoman said, adding that Aviva will begin identifying potential savings in the coming months.

Friends First employs 330 people and has more than 250,000 customers. Aviva Ireland, which posted 12 per cent operating profit growth in the first half of the year to €48 million, has 1,200 staff and almost one million customers.

The Irish Times reported last month that Aviva was in advanced talks to buy Friends First, which has more than €4 billion of assets under management, from Dutch financial services group Achmea.

Aviva Ireland chief executive John Quinlan said the deal will make the company the “leading insurer for brokers in the Irish market” and leaves it well placed to “take full advantage of Ireland’s fast-growing economy”.

Eamonn Hughes, an analyst with Goodbody Stockbrokers, said it was “only a number of years ago when there were concerns that Aviva was reducing its Irish businesses, but the acquisition represents signs of further commitment to Ireland”.

Friends First, which traces its roots in Ireland back to 1834, came under the total control of Achmea, formerly known as Eureko, 15 years ago. However, the Dutch group’s Irish strategy had been the subject of speculation since it made a failed attempt to merge Friends First with publicly-quoted insurance company FBD Holdings in 2008.

Canada Life, owned by Toronto-listed Great-West Lifeco, was said to have been interested in Friends First earlier this decade before it went on to buy Irish Life in 2013 in a €1.3 billion deal.

It was reported in late August that Friends First, led by chief executive Tom Browne since 2012, was back on the block.

Friends First, which generated €602 million in premiums last year from life protection, investment and pension customers, initially attracted the interest of Bank of Ireland’s New Ireland Assurance subsidiary and so-called zombie insurance specialists, which focus on running off closed life insurance portfolios over time. However, Aviva’s interest had been the most advanced since at least early October, according to sources.

Mr Browne is set to become chief operating officer at Aviva Ireland after the deal is completed, while Denis Kelleher, former head of broker sales at New Ireland, will join the group as chief sales officer.