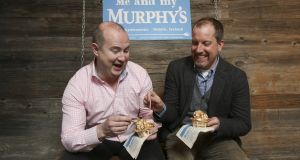 Linked Finance, the peer-to-peer (P2P) lending platform which has signed over 1,200 loans for Irish businesses, has said it is on track to be profitable this year.

The company, which is seeking to become the biggest non-bank lender to SMEs in Ireland, recorded a €1.1 million net loss in the 12 months to the end of April 2017, compared to a €1.2 million loss in the previous year.

Shareholders’ deficit amounted to €2.7 million at the end of the reporting period, as against €1.7 million a year earlier as accumulated losses increased from €2.2 million to €3.3 million.

“We are very pleased with another strong year of growth, with revenue up 164 per cent for the year to the end of April 2017, and lending to customers up over 190 per cent in the same period,” said chief executive Niall Dorrian.

“Performance has accelerated since then, and we expect to exceed those growth levels this year. We continue to invest in expanding the business, and due to the rapid growth trajectory we are on track to be profitable in 2018,” he added.

Founder Peter O’Mahony established Linked Finance in 2013 when he raised €350,000 from family and friends, along with €200,000 from Enterprise Ireland. The company enables small companies and sole traders to raise between €5,000 and €250,000 via its platform.

Since its launch, Linked Finance has lent over €42 million to more than 1,200 Irish businesses, with more than €16.9 million repaid to lenders.

Among the companies to use the platform to raise funds are Viking Splash Tours, Lolly & Cooks, Murphy’s Ice Cream, Big Red Cloud and the Irish Fairy Door Company.

The lender last year raised €2 million in funding in a round led by Frontline Ventures to support its expansion plans. It also named Ryanair’s former deputy chief executive Michael Cawley as its chairman.

“The peer-to-peer lending sector in Ireland is going from strength to strength, and companies are realising that there is a viable alternative to the traditional banking sector that can offer quick decisions and attractive funding solutions,” said Mr Dorrian.

Linked Finance employed 17 people at the end of April 2017. Newly abridged accounts for the company show staff costs rose to €800,656 last year after more than doubling in the previous 12 months to €575,244.