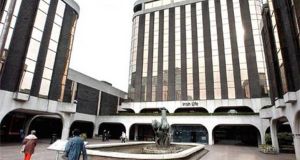 Irish Life was sold by the State to Canada’s Great-West Lifecoin 2013 for €1.3bn to recoup some of the cost of the lender’s rescue

Irish Life is being threatened with industrial action – including potential strikes – as it moves ahead with a plan to close its defined benefit pension scheme to future accruals in the middle of this year, even though it is in surplus.

The country’s largest life insurance and pensions group signalled last year that it intended to stop making contributions to the plan where retirement payments are linked to the final salary of employees. It plans to transfer affected staff to a defined contribution plan, where benefits are tied to the performance of employer and staff investments in individuals’ pension plans.

The group had shut off its defined benefit plan to new employees at the end of 2006, in line with many other companies in Ireland and overseas. A spokeswoman for Irish Life said on Monday that it has told staff and union representatives “that the date of ending future accrual on two defined benefit schemes – the Irish Life Staff Benefits Scheme and Canada Life Irish Pension Scheme – will be June 30th, 2018.”

Richie Browne, regional co-ordinating officer at trade union Unite, which represents 1,000 of the life group’s 2,500 staff, said on Monday that Irish Life had “failed miserably” to explain the rationale behind closing the defined-benefit scheme as it is sitting on a surplus of about €200 million of assets over liabilities.

Mr Browne said Unite was consulting its members in Irish Life following the company’s “unilateral” move – which came after 18 months of inconclusive talks – with a view to balloting for industrial action in early February.

“I wouldn’t rule out strikes, but it would probably start off just short of that, with the potential to escalate,” Mr Browne said.

The spokeswoman for Irish Life declined to comment on the prospect of industrial action.

Some 700 of Unite’s members in Irish Life are in the defined benefit scheme. The plan includes a total of 3,000 current and former group employees.

“Unite has been advised that an employee would have to fund their new defined contribution pension by between 20 per cent to 40 per cent pensionable income to yield a comparable retirement income to the current defined benefit pension,” said Mr Browne.

“There is only one reason why Irish Life would close a scheme that is in surplus: it wants to get any financial risks off its balance sheet. The company has effectively transferred all risk to its employees.”

Employees impacted by the decision will receive a full briefing in the coming weeks on an updated package for those who will transfer to a new defined contribution scheme, Irish Life said.

Irish Life’s former sister company, Permanent TSB, wound up its defined benefit pension schemes in 2013 as the bank was subject to a State bailout. Irish Life was sold by the State to Canada’s Great-West Lifeco the same year for €1.3 billion to recoup some of the cost of the lender’s rescue.

1 Only way is up for Stripe as valuation skyrockets
2 Basic income for all: Has the Covid crisis given us a new economic model?
3 Promontoria barred from pursuing doctor over Ulster Bank loan
4 Pandemic brings a halt to Zara-owner’s Irish expansion
5 Irish designer of Oxford vaccine: ‘I’ve never worked so hard in my life’
6 Irish Life fund pays €49m for 94 Dalkey apartments
7 Fiona Reddan: Who’s afraid of Revolut? Not AIB and BOI it seems
8 Kinzen raises $2.2m as it helps clients fight ‘misinformation’
9 Oxford-AstraZeneca vaccine may be trialled again to prove results were ‘not a mistake’
10 A tale of two pandemics for Smurfit Kappa and Greencore
Real news has value SUBSCRIBE