ISME proposes up to 80% reduction for insurance payouts 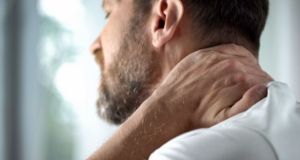 In its alternative guide, Isme has revised downwards the range values used in the official Book of Quantum.

Payouts for personal injury claims should be cut by as much as 80 per cent, according to business lobby group Isme, which has published an alternative guide to assessing compensation.

The organisation’s Fairer Book of Quantum provides alternative values for damages that are considerably lower than those currently advised by the Personal Injuries Assessment Board (PIAB),

The official Book of Quantum, which was drafted by the PIAB in 2003, is currently used by judges when assessing awards for injuries.

Publication of the new alternative guide comes amid growing anger about increased costs for insurance premiums. In recent months the impact of higher premiums, together with the departure of some insurers from the Irish market, has led to fears that hundreds of crèches and other small businesses may have to close.

“We’re not going to just sit around and watch our businesses and crèches close. It is just farcical and the only ones who are winning here are a tiny minority of people,” said Mr McDonnell.

The Personal Injuries Commission, in its report published in July 2018, found the average compensation award for injuries such as whiplash, was approximately 4.4 times higher in the Republic than in Britain.

Isme said on Thursday there has been little to no progress made in reducing quantum since then despite the commission’s chairman, Mr Justice Nicholas Kearns’, call for “urgent reform.”

The lobby group proposes substantially revising downwards the range values used in the official Book of Quantum, with compensation for a minor sprain for example, declining from a current maximum payout of €21,700 to just €4,340.

Isme said that while lowered compensation rates will not, on its own, represent the complete solution to reducing insurance costs in Ireland, “there will be no solution to the insurance crisis in Ireland that does not involve lower quantum for minor injuries.”

The Judicial Council, which was recently established, is considering revised levels of general damages to supersede those in the official Book of Quantum. However, it may be some time before their review concludes.

Mr McDonnell said that even as the Judicial Council is reviewing injury costs, the Civil Liabilities Act, which is currently under consideration in Britain, proposes to take minor whiplash payout caps down further to a range of £300 to £500. This he said was just 15 per cent of the sums proposed by Isme.

“Even if our proposals were accepted tomorrow, Ireland would still be an extraordinary generous place for payouts,” he said.

1 Coronavirus: Construction sector most significant part of new shutdown
2 British exceptionalism backfires in style as Johnson tests positive for coronavirus
3 Volkswagen burning through €2bn in cash per week
4 Can husband keep savings and half the house in divorce?
5 Wetherspoon’s panto-villain chairman may have the last laugh
6 Retail landlords worried rents will dry up during Covid-19 crisis
7 How to . . . move (almost) everything to your new phone
8 Usit travel group in liquidation due to coronavirus crisis
9 UK needs to be honest about its Covid-19 strategy
10 Rivian takes on Tesla with big batteries and subtler approach
Real news has value SUBSCRIBE