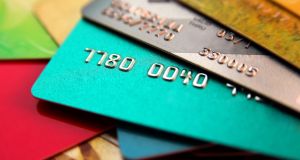 The enlarged group now employs more than 1,500 staff in 64 markets.

European buyout firm Eurazeo recently hired Citigroup and Evercore to prepare the sale of the business, according to a Reuters report.

The Paris-headquartered firm took control of New York-listed Planet Payment in late 2017 through its stake in Fintrax.

Fintrax, in which Eurazeo became a majority stakeholder in 2015, acquired New York-listed Planet Payment in a €219 million deal in October 2017 with the buyout firm contributing €109 million towards the acquisition.

Founded in Galway in 1985, Fintrax was one of the world’s biggest players in processing tourist VAT refunds. Following completion of the sale in early 2018, a group consisting of Fintrax, Planet Payment, GB TaxFree, and Premier Tax Free, rebranded as Planet.

The enlarged group now employs more than 1,500 staff in 64 markets. It serves more than 400,000 merchants and 100 partner banks, managing in excess of 500 million transactions worth more than €23 billion in value.

Planet Payments Group Holdings had revenues of €34.7 million and pretax profits of €19.8 million in 2018.

Eurazeo was founded in 2001 and is a listed private equity firm with a diversified portfolio of approximately €17 billion in assets under management.