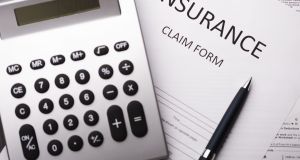 Almost 200 general insurers pulled out of the Irish market between 2014 and November last year. Photograph: iStock

US-owned Liberty Insurance is quitting its commercial liability and commercial property lines of business in the Republic but has affirmed its commitment to other aspects of the Irish market.

The insurance group will exit the affected business lines, including development bonds, from April, it said in a statement on Wednesday. It is understood that about a dozen of Liberty’s 400 roles will be eliminated due to the decision, but the company will continue to hire for its Cavan business servicing US clients.

While the latest figures from Insurance Ireland show that motor insurance returned to profit in 2017 as a result of premium hikes following four years of losses, commercial lines, including employers’ liability and public liability, remained loss-making. Commercial lines have been the subject of significant premium hikes in the past 18 months, according to industry sources.

Liberty told brokers in a separate notification this week that it had worked hard “to remediate the challenged performance” of its commercial liability book in recent years.

“Unfortunately, due to ongoing issues around scale and profitability in that product line, we have now had to take this difficult decision,” the company said. “As you will appreciate, the absence of a liability offering makes it extremely difficult to grow a critical mass in the other supporting lines of commercial property and development bonds, and therefore, we have made the decision to exit these lines also.”

Liberty said in its press statement thAT it will continue to provide services and honour its commitments to existing liability, property and bonds customers for the duration of their existing contracts with the company.

The company said it will now focus on personal and fleet insurance.

Liberty Insurance is a unit of Boston-based Liberty Mutual. It entered the Irish market in 2011 by taking over the main businesses of Quinn Insurance, which had fallen into administration a year earlier after a large hole was discovered in its balance sheet.

Almost 200 general insurers pulled out of the Irish market between 2014 and November last year, the trend driven by companies elsewhere in the EU operating off passporting rights to provide services, according to the Department of Finance.

The Minister for Finance Paschal Donohoe said in November that the withdrawals were likely down to a growing administrative burden as a result of Brexit and the “difficult financial position that a number of non-life insurers have found themselves in because of the problems being experienced from the unstable claims environment may also be a factor”.