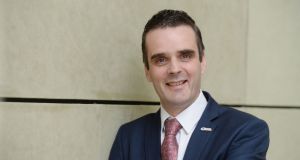 The Irish Farmers’ Association (IFA) has hit out at the Minister of State for financial services Michael D’Arcy for suggesting that vulture funds were easier to deal with than banks.

“That has not been the experience in the cases we have dealt with. It’s a cause for concern that somebody in elected office would have such a view as people would be relying on him to sort this out,” IFA president Joe Healy said.

“It’s a cop-out to say vulture funds don’t need to be regulated. They do, and the Government needs to make it happen,” he said.

Tens of thousands of underperforming mortgages have been sold by Irish banks to private equity funds or vulture funds since the crash.

And while the Central Bank has regulatory oversight of the loan service companies used by these funds, it does regulate most of the funds directly.

“While it can be difficult to deal with banks too, they are regulated and because they are interested in new business, they have to at least be mindful of how they treat their existing customers,” Mr Healy said.

He restated the IFA’s opposition to any attempt by vulture funds to force farm families to sell their farms to settle debts.

“The faceless funds which have no understanding of farming are hellbent on destroying families while feeding on the carcass of the family farm,” Mr Healy said.

His comments come in the wake of suggestions from Mr D’Arcy that funds which bought up distressed mortgages were more willing to do deals with homeowners.

Consumer advocates have criticised Ulster Bank for agreeing to sell a €1.4 billion portfolio of non-performing loans to the US equity fund Cerberus .

The portfolio, known as Project Scariff, includes about 2,300 owner-occupied home loans, as well as 2,900 buy-to-let mortgages secured on investment properties.

The deal is the third such sale by an Irish bank in recent weeks, following similar moves by Permanent TSB and KBC Bank Ireland.