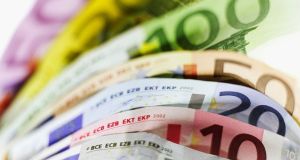 Fexco’s is the largest independent FX operator in the UK where it holds 12 per cent of the growing £9 billion market.

The deal, which is understood to have amounted to about £10 million (€11.2 million), strengthens Fexco’s position as the largest independent FX operator in the UK where it holds 12 per cent of the growing £9 billion market.

The acquisition of TEG, which serves more than 1 million customers in London across its 15 prominent branches, also positions Fexco as the largest independent FX operator in the city. The deal is Fexco’s eighth successful acquisition in the UK since 2012.

“We are very pleased to have acquired a business with the reputation and reach of Thomas Exchange Global, the largest London-based FX retailer,” he said.

“Fexco now holds 12 per cent of the high street foreign exchange market in the UK – a market conservatively estimated at £9billion in value.

“Following recent outages across major card schemes along with the rise in fees charged by banks when using cards abroad, customers are increasingly seeing benefits in the convenience, reliability, security, anonymity and value that foreign cash provides.

“This explains why our transactions and revenues are growing rapidly every year, and why there are more banknotes in circulation today than ever before.

“The deal confirms our belief in the future of cash and the incomparable role it plays in a balanced payments and travel money portfolio.”

In a survey of its customers, Fexco found that 90 per cent said they would be using cash in five years’ time with only 15 per cent considering travelling without cash.

TEG chief executive Sakthi Ariaratnam said the deal was an opportunity to capitalise on “significant opportunities” in the marketplace.

“We, at Thomas Exchange Global, are delighted to become part of the Fexco Group,” he said. “Fexco’s interest in the company is testament to the quality of the business and the strong growth we have achieved over the years.

“This deal presents a fantastic opportunity for Fexco and Thomas Exchange Global to further capitalise on the significant opportunities present in the national and international FX marketplace.

“We look forward to working closely with Fexco in facilitating the next stage of growth for the company.”

The shareholders of TEG were advised by Simon Blake, partner at Price Bailey Strategic Corporate Finance.

Commenting on the sale, Mr Blake said the deal demonstrated an appetite for acquisitions despite Britain’s impending exit from the EU.

“We are delighted that the owners of Thomas Exchange Global have been able to achieve a successful outcome with Fexco and this deal highlights a very positive transaction within the foreign exchange marketplace,” he said.

“The deal also demonstrates that post the EU referendum there is still appetite from overseas companies to take advantage of acquisition opportunities in the UK on a significant scale.”

Legal advice to the sellers was provided by James Paton-Philips from Irwin Mitchell. Fexco was advised by PwC and Pinsent Masons.

1 Lockdown exit: How can Irish economy reopen without big health risks?
2 Bank puts business owner on hold for month on Covid finance
3 Diageo withdraws full-year forecast in face of global Covid shutdown
4 Deliveroo branches into grocery deliveries in Ireland
5 Why we should be slow to use tracking apps in coronavirus response
6 Half of Irish SMEs expect revenue to fall by at least 60% in next three months
7 Government measures will ‘significantly’ support incomes, ESRI says
8 Coronavirus: The online scams, apps and trends you need to know about during the pandemic
9 Government announces €1bn in supports for businesses
10 Finance ministers reconvene amid fears for euro zone
Real news has value SUBSCRIBE