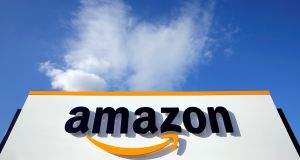 Amazon-rival Google launched a financial services comparison site in the United Kingdom and the United States in 2016 but shut it down after only a year due to low traffic. Photograph: Pascal Rossignol/Reuters

Amazon. com is sounding out some of Europe’s top insurance companies to see if they would contribute products to a UK price comparison website in what would be a major foray by the US online retail giant into the region’s financial services.

Three industry executives told Reuters they had held talks with Amazon about the possible launch of a site. One said the talks were part of several discussions Amazon is having with insurers. A second said there were no imminent launch plans.

While it was not immediately clear what type of insurance would be sold on any Amazon site, home and motor policies are popular sellers on existing UK price comparison sites.

“As Amazon becomes a larger part of the home, whether it’s products delivered to the home, security monitoring, home services like wifi installation, you can make the case that insurance is the next logical step for this company,” said Morningstar analyst RJ Hottovy.

The industry sources declined to be named as the talks are confidential. Amazon declined to comment.

An Amazon price comparison website for insurance products would be a potential challenge to existing UK sites given the US company’s cutting-edge technology, reach and loyal customer base.

Two of the most high profile are comparethemarket.com which shows products from insurers including AXA, Hastings and eSure; and GoCompare, which lists insurance from firms such as Santander and Liverpool Victoria (LV=).

While Amazon’s loyal customer base and reach would probably prove attractive to some insurers happy to cede some of their premiums to Amazon to expand sales, the potential for premiums to be forced lower through competition could deter others.

One of the industry sources said the comparison site model fitted Amazon’s strategy of offering a range of products, as opposed to partnering with one firm.

A price comparison website in particular could also be used to help drive traffic to its other marketplaces, Hottovy said.

It was not immediately clear what financial arrangements Amazon would strike with insurers if it were to go ahead.

Tech-rival Google launched a financial services comparison site in the United Kingdom and the United States in 2016 but shut it down after only a year due to low traffic.

In the United States, Amazon has a joint venture with insurer Berkshire Hathaway and JP Morgan aimed at slashing US healthcare costs. It also offers a small business loan programme.

In Europe, Amazon has had a partnership with the Warranty Group since 2016 to offer the warranty extensions. It also offers co-branded credit cards in the United Kingdom and Germany although it does not lend money of its own.

In a sign of potential expansion plans, Amazon began to place job ads last year for staff for a new insurance business in Europe, without giving details.

A comparison site, however, would let Amazon give its customers access to insurance from a variety of providers while avoiding that level of regulatory burden, industry sources said.

The use of comparison websites to buy motor and home insurance is more prevalent in the United Kingdom than Europe or the United States.

Some insurers rely heavily on comparison websites for sales. UK insurer Hastings, for example, said it sells 90 per cent of its motor policies through such sites.

Rival car insurer Admiral also relies on websites for sales and would be open to joining any Amazon site, its chief financial officer, Geraint Jones, said.

“If it establishes a comparison site then I suspect Admiral will be interested in being a member, potentially. Price comparison is the main source of distribution of our products and we’ll await with interest what they do,” Jones said. – Reuters