Irish offices were raided as part of an international fraud investigation 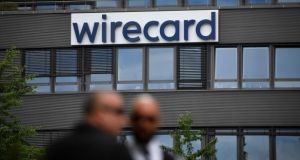 The Garda National Economic Crime Bureau (GNECB) raided the Irish office of failed Munich-based electronic payments provider Wirecard on Thursday, as it seeks to assist German authorities in their fraud investigation into the once high-flying group, according to sources.

Wirecard filed for insolvency last month, owing creditors €4 billion after disclosing a €1.9 billion hole in its accounts that its auditor EY said was the result of a sophisticated global fraud.

A spokeswoman for An Garda Siochána declined to identify the financial services firm.

“Detectives attached to the Garda National Cyber Crime Bureau are assisting GNECB during the course of the searches, which are being conducted in an effort to obtain evidence concerning alleged fraud at the financial institution and its subsidiaries.”

Investigations are ongoing, the statement said.

Last week the Garda told The Irish Times that it was “aware of this evolving situation” when asked if the organisation was looking into the activities of the Wirecard UK & Ireland, Dublin-based unit of the German group. However, it declined to comment further.

Officials at the Office of the Director of Corporate Enforcement had also declined to comment on whether they were examining Wirecard UK & Ireland.

Efforts to secure comment from the Irish directors of the business, which is based on Foley Street in Dublin and is said to employ about a dozen staff, have been unsuccessful.

Wirecard had seen its low-profile Dublin-based business caught up an external investigation in recent months amid reports of accounting irregularities across a number of the group’s international operations, including Singapore, Dubai and India.

Wirecard’s board hired KPMG last October to investigate a series of allegations that had appeared in the Financial Times and other publications alleging the company had reported higher revenues and profits based on fictitious customer sales.

One of the Financial Times allegations was that a Wirecard partner company, Dubai-based Al Alam Solutions, a so-called third-party acquirer which helps retailers accept credit card transactions, had routed sales in the names of suspect clients through subsidiaries of the German group in Dubai and Dublin.

KPMG could neither verify nor disprove the claims, according to its report.

Wirecard’s former chief operating officer Jan Marselek remains listed as a director of Wirecard UK & Ireland, according to Companies Registration Office filings, even though he was fired by the German parent on June 18th after its auditor EY refused to sign off on the group’s accounts.

The raid by the Garda of Wirecard’s Dublin office marks a further widening of the German investigation. Munich prosecutors arrested the head of Wirecard’s Dubai subsidiary on Monday after he travelled from the Middle Eastern country and turned himself into authorities.

Mr Kelly, now an audit partner with PKF O’Connor Leddy & Homes, confirmed that this firm was appointed to act as auditor of Wirecard UK & Ireland’s 2019 financial statements, but declined to comment further.

Wirecard UK & Ireland avails of a provision in Irish company law that allows it to file accounts for the parent group, rather than the local unit, with the Companies Registration Office.