Deustche bank to pay out $150m over Jeffrey Epstein dealings 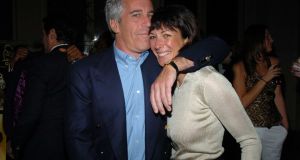 Deutsche Bank has agreed to pay $150 million (€133 million) to settle investigations into its dealings with Jeffrey Epstein, and with Danske Bank Estonia and FBME Bank, the New York Department of Financial Services said on Tuesday.

The German lender was accused of processing millions of dollars of payments by the late disgraced financier, who was a registered sex offender. These included payments to alleged co-conspirators, to Russian models, and $800,000 in suspicious cash withdrawals, the regulator said.

“In the case of Jeffrey Epstein in particular, despite knowing Mr Epstein’s terrible criminal history, the bank inexcusably failed to detect or prevent millions of dollars of suspicious transactions,” said Linda Lacewell, the superintendent of financial services, in a statement.

The announcement marked the first enforcement action against a bank for its dealings with Epstein, who was convicted in 2008 of soliciting sex from a minor and subsequently arrested last year on federal charges of sex trafficking underage girls. He died in jail while awaiting trial in what was ruled a suicide.

The New York financial regulator said Deutsche Bank had similarly failed to act on red flags in its relationship with FBME in Cyprus.

A Deutsche Bank spokesperson acknowledged “our error of onboarding Epstein in 2013 and the weaknesses in our processes”. The bank also acknowledged deficiencies in its relationship with Danske and FBME but said “there was no intentional effort by anyone within the bank to facilitate unlawful activity”.

“We have invested almost $1 billion in improving our training, controls and operational processes, and have increased our anti-financial crime team to more than 1,500 people. Our transformation and strengthening continues,” the spokesperson added. – Copyright The Financial Times Limited 2020