Case hinged on payments to Qatar 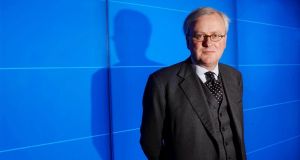 John Varley, the former chief executive of Barclays, has walked free after a high-profile fraud trial over crisis-era payments the bank made to Qatar.

Mr Varley is acquitted of two counts of fraud after the Court of Appeal dismissed a challenge by the Serious Fraud Office over a previous ruling that the ex-Barclays boss had no case to answer because of an insufficiency of evidence against him on each count.*

The Court of Appeal ruling is a boon to the SFO, which has come under pressure recently over its ability to hold corporates and senior executives to account after failures in other cases, including the failed trial of three ex-Tesco executives.

Its prosecution of the bankers came after a five-year investigation and over £15 million in special funds from the Treasury.

Mr Varley was the only chief executive of a major bank to face a jury trial over events that took place during the crisis. His acquittal comes after charges were scrubbed against Barclays as a corporate defendant.

The SFO had initially charged the bank and its UK subsidiary with fraud by misrepresentation and illegal financial assistance over a $3bn loan the bank extended to Qatar in 2008. It had pursued the company despite a warning from the Bank of England in 2017 that corporate charges could destabilise Barclays.  - Copyright The Financial Times Limited 2019

1 I want to change my will quickly in case I fall ill. Do I need a lawyer?
2 Coronavirus: Property rental in the jaws of the epidemic
3 EU finance ministers hold marathon talks to overcome eurobonds split
4 Firms in row with Irish Distillers must provide €1m in security
5 MCD’s Desmond ‘optimistic’ that Electric Picnic 2020 will go ahead
6 Cold water poured on idea of ‘helicopter money’
7 Irish back pain medical device group to pull stock market listings
8 Collison brothers worth an estimated €2.9bn each
9 NTMA raises €6bn from bond auction to help State meet Covid-19 costs
10 Workers may face tax bill on emergency State wage subsidy
Real news has value SUBSCRIBE