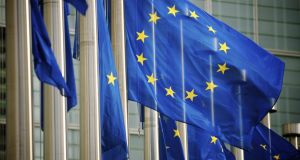 Banks including Spain’s Santander to UniCredit in Italy, Germany’s Deutshe Bank and London-headquartered HSBC have announced billions of euros of bad debt charges between them in the past week. Photograph: iStock

The European Commission has offered banks flexibility in how they calculate and set aside provisions for bad loans as they deal with an expected surge in distressed debt resulting from the Covid-19 crisis.

The development comes as AIB, the country’s largest mortgage lender, prepares to hold its annual general meeting on Wednesday, which may see the group give an indication of current trading as thousands of mortgage and business borrows avail of payment breaks to deal with the economic fallout from the pandemic. The bank is not due to report an official first quarter update until May 12th.

Banks including Spain’s Santander to UniCredit in Italy, Germany’s Deutshe Bank and London-headquartered HSBC have announced billions of euros of bad debt charges between them in the past week as they prepare for a spike in household and business defaults.

Delays to repayments should not automatically lead to a harsher accounting treatment of the respective loans, the Commission said. The Commission’s stand confirms recent statements from the Basel Committee of Banking Supervision, the European Banking Authority (EBA) and the European Central Bank offering flexibility within accounting and prudential rules when it comes to the setting aside of loan-loss provisions.

An EU official estimated that euro zone banks could face an extra €100 billion in provisioning for loans in 2020, but the capital relief set out on Tuesday means they will still be able to support extra lending worth up to €450 billion.

The flexibility comes at a time when banks are facing the twin pressures of rising demand for loans from businesses seeking to boost their cash levels to deal with the economic crisis, as well as an expected rise in bad loans as recession looms.

“The Commission proposes exceptional temporary measures to alleviate the immediate impact of Coronavirus-related developments, by adapting the timeline of the application of international accounting standards on banks’ capital, by treating more favourably public guarantees granted during this crisis, by postponing the date of application of the leverage ratio buffer and by modifying the way of excluding certain exposures from the calculation of the leverage ratio,” the Commission said in a statement.

“These adjustments to the prudential framework would facilitate collective efforts aimed at mitigating the impact of the pandemic and thus moving towards a fast recovery.”

The Commission has joined banking authorities in calling for lenders to rein in dividend payments and executive bonuses to preserve capital and lending capacity. – Additional reporting Reuters

1 In six months we will be in the grip of a 1980s-style recession
2 Angela Merkel sweeps in to save the euro zone
3 Aer Lingus wants quarantine period axed to resume flights in July
4 Google facing $5bn lawsuit for tracking in ‘private’ mode
5 Unemployment rate remains at near record 26.1% in May
6 Chartered Land gets green light for Dublin’s tallest tower on Parkgate Street
7 Dispute over Perrigo’s €1.64bn tax assessment comes before High Court
8 More than 2m people use website that shows lockdown distance limits
9 Deloitte expands into cloud computing with deal for DNM
10 Pinterest seeks new office for Dublin EMEA headquarters expansion
Real news has value SUBSCRIBE