Deutshce has undergone a string of overhauls, culminating with the announcement on Sunday that it will cut 18,000 jobs in a historic retrenchment from investment banking activities. 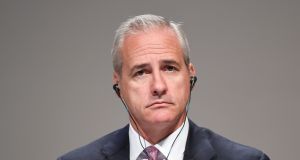 Deutsche Bank is coming under fire for the lavish golden parachutes it has paid out to top executives who left during a period of management turmoil over the past year.

Germany’s biggest bank has spent more than €52 million on severance pay for senior executives who were fired or left voluntarily over the past 14 months, almost matching the lender’s annual pay for the entire management board, which in 2018 stood at €55.7 million.

The struggling lender has undergone a string of overhauls, culminating with the announcement on Sunday that it will cut 18,000 jobs in a historic retrenchment from investment banking activities.

When weighed against the heavy job losses among rank-and-file employees and the fears that Deutsche risks running short of capital if its plan goes wrong, the generous pay-offs to departing executives may act as a lightning rod for criticism of the bank.

“Big severance packages for sacked managers are mad,” said Frankfurt-based headhunter Christine Kuhl, a partner at Odgers Berndtson, adding that this rewards executives “who did a terrible job”.

Deutsche’s severance pay bonanza began with the ousting of John Cryan as chief executive in April 2018 when the British-born former CEO received a pay-off of €10.9 million.

Subsequently, six additional board members left, cashing in at least €41 million in severance pay between them, according to a Financial Times calculation based on figures disclosed in the annual report and estimates based on the bank’s standard policies.

The total severance pay equals more than a fifth of Deutsche’s 2018 dividend of €227 million, which the lender last weekend suspended for two years to help pay for restructuring costs of €7.4 billion.

Deutsche’s executive board members are contractually entitled to “a severance payment upon early termination of their appointment at the bank’s initiative” unless the bank terminates “for cause”, according to the bank’s annual report. A typical severance payment is “two annual compensation amounts” and is limited to the total pay outstanding for the remainder of a person’s contract, it said.

Garth Ritchie, the former head of Deutsche’s investment bank whose departure was announced on Friday, has overseen three years of falling revenue at the division which has been lossmaking for the past two quarters and will be shrunk dramatically after his departure.

Yet Mr Ritchie can expect a pay-off of at least €11 million. He would have left by the end of 2018 without any golden handshake had the supervisory board not given him a new five-year contract last September.

Christian Sewing, Deutsche’s chief executive, on Monday harshly criticised the investment bank’s former top echelon, accusing it of trying to “generate revenues wherever they happened to pop up”, operating in areas where the bank was uncompetitive and nurturing a culture of “poor capital allocation”.

Chief regulatory officer Sylvie Matherat has been under pressure for years after the bank was hit by a string of money-laundering scandals. Yet Ms Matherat can expect at least €9 million in severance pay. Frank Strauss, Deutsche’s former head of retail banking, is entitled to at least €6 million.

Otto Fricke, a German MP for the pro-business Free Democrats, said he welcomed Mr Sewing’s pivot towards Deutsche’s traditional heritage as a corporate bank. “However, I doubt that double-digit euro severance packages are in line with this tradition,” Mr Fricke told the Financial Times, adding that such payouts showed that “Deutsche Bank lost its balance in the past”.

Sven Giegold, a Green member of the European Parliament, pointed out that the payouts were “undeserved”. “It does not bode well for the fresh start that Deutsche Bank needs and that has been promised so often,” he said.

A person close to Paul Achleitner said the chairman always sought an amicable solution for underperforming managers and tried to offer them “a face-saving exit”.

In 2017, the bank recouped €38.4 million of deferred bonuses from its pre-crisis management understood to include former CEOs Anshu Jain, Jürgen Fitschen and Josef Ackermann, as well as former chief risk officer Hugo Bänziger.

Deutsche’s most recent leadership change, which entailed the appointment of three new board members, is the latest example of rapid managerial churn at Germany’s largest lender.

Since Mr Achleitner became chairman in 2012, a total of 17 executives departed early. In total, Deutsche paid them €83 million for leaving.

The last board member at Deutsche Bank who left after serving his full term was chief executive Josef Ackermann, who led the bank during the golden years for investment bankers in the run-up to the financial crisis.

“Viewed from outside, not all management changes at Deutsche Bank appear plausible,” said Ms Kuhl at Odgers Berndtson, adding that some were “hard to understand”. As an example, she referred to Mr Strauss. “[He] seems to have delivered on his targets but still left.”

Ms Kuhl said that recruiting for Deutsche has become more difficult in recent years. “The times where people were totally thrilled to join Deutsche are long gone,” she said. The headhunter partly blamed Mr Achleitner for the churn. “Selecting the CEO and other executive board members is his key responsibility, and the ongoing churn suggests he is struggling to get it right not just once,” she said.

Deutsche and Mr Achleitner declined to comment. A person familiar with his thoughts said that in 2012, when he became chairman, he had inherited a bank that needed radical strategic and managerial change.

This led to the ousting of Mr Jain and Mr Fitschen three years later, this person argued, adding that their successor, Mr Cryan, needed to build his own team, triggering more changes. When Mr Achleitner concluded that Mr Cryan was the wrong man to lead Deutsche and promoted Mr Sewing last year, history repeated itself.

Mr Schick at Finance Watch Germany is calling for the chairman’s head. “As far as I’m concerned, Paul Achleitner is the first one who should leave,” he said, arguing he is associated with the collapse in the share price and the fact “that these days, we really have to worry about Deutsche”. – Copyright The Financial Times Limited 2019

1 Basic income for all: Has the Covid crisis given us a new economic model?
2 Only way is up for Stripe as valuation skyrockets
3 ‘I don’t need to do any of this. . .I don’t actually need to work.’
4 Direct sea routes to Europe offer certainty in choppy Brexit waters
5 Press Up Entertainment: Who is behind it and what do they do?
6 How long can Government afford to keep State pension age at 66?
7 Pandemic brings a halt to Zara-owner’s Irish expansion
8 INM editor-in-chief Fionnán Sheahan steps down amid shake-up
9 Help, I’ve no PRSI stamps – can I still get a pension?
10 AIB revives €1bn-plus problem mortgages sale
Real news has value SUBSCRIBE