Latest fundraising round is part of €50 million targeted by firm, says chief 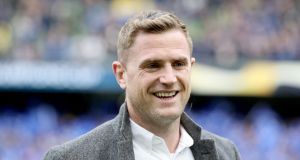 The fundraising round is part of €50 million targeted by the firm, which opened up for business last year and is working on plans to raise money to get into property and asset-backed lending in the next six months, according to the company’s chief executive and co-founder Kristjan Koik.

Having originally secured more than £500,000 (€569,000) to fund itself, through a UK crowdfunding platform, Flender went live in Ireland with its online peer-to-peer (P2P) lending for small- and medium-sized businesses at the start of 2017. It is authorised by the UK Financial Conduct Authority.

The new investment comes from professional investors including Eiffel Investment Group, a Paris-based asset manager that has already invested significantly in the alternative lending market internationally, as part of a strategy of targeting business financing segments poorly addressed by traditional lenders.

“The new financing will be used to approve and fund deals more quickly, with a same-day decision for most borrowers, as well as allowing SME access to increased funding,” Mr Koik said.

Loans typically carry an interest rate of between 12-15 per cent, he said, adding that this delivers a 4-6 per cent margin for the company.

The company has also moved to double its maximum loan amount to €200,000. Flender claims that its €2.5 million of loans to date to small firms has helped create 192 new jobs.

Loans are provided to established businesses for expansion and general working capital, with most applicants stating that their banks are unwilling to support them, even though they represent proven viable businesses, according to Mr Koit.

The fintech firm was established by Mr Koik and co-founders Oli Cavanagh and Jeremy Davies. The company is backed by Enterprise Ireland and known entrepreneurs such as Mark Roden, founder of mobile payments firm Ding, and Jonathan Quin, co-founder of online money transfer company World First.