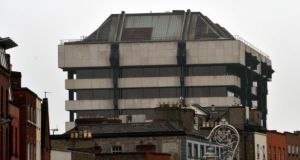 The Central Bank said firms seeking authorisation in Ireland in the wake of Brexit would find the regulator “engaged, efficient, open and rigorous”.

The Central Bank is considering the introduction of application fees to process applications for approval of new funds in Ireland, as it braces itself for an influx of such filings in the wake of Brexit.

“Such a system, which would be comparable to other European jurisdictions, and would be beneficial as the costs would be borne directly by the applicant, rather than imposing costs on existing regulated entities, which is currently the case,” Gráinne McEvoy, the bank’s newly-appointed acting director of securities and markets supervision, told members of the international funds industry at a briefing on Tuesday.

A spokeswoman for the bank said it initially mooted introducing application fees for authorisations in a consultation paper published in 2013.

The Central Bank is currently in the process of introducing a new automated system for the authorisation of investment funds, with 80 per cent of such applications expected to be processed this way from next month. Almost €2 trillion of international assets were domiciled in Ireland at the end of September, according to the Irish Funds Industry Association.

“It should be noted that the new system does not change the standard or approach of the Central Bank to reviewing relevant documents and Central Bank staff will continue to perform an in-depth review of fund documentation, particularly for retail investment funds,” Ms McEvoy said.

“However, the new system improves the quality and efficiency of the authorisation process through the use of online applications and automated workflows, which ultimately improves authorisation turnaround times.”

Ms McEvoy’s appointment last month to her newly-created role follows Central Bank governor Philip Lane’s decision in September to split the functions of the bank’s then markets supervision directorate into two units. The move is said to have been influenced by an expected surge in demand for authorisations following the UK referendum vote in June to exit the European Union.

The Irish Stock Exchange, which makes much of its revenue offering a listing service for international funds based in Ireland, said on Tuesday it had cemented its position as the world’s main fund listings hub last year. Some 1,041 new exchange traded and investment fund classes were listed on the bourse in 2016. Total such listings at the end of the year amounted to 5,765.

Meanwhile, the Central Bank’s director of policy and risk, Gerry Cross, reiterated the bank’s stance to the funds industry gathering on Tuesday, saying firms seeking authorisation in Ireland in the wake of Brexit would find the regulator “engaged, efficient, open and rigorous”.

He took the opportunity to deny some media speculation in recent months that the bank did not want to see certain business models, particularly in the investment banking space, on grounds of financial stability.

“For any authorisation process, we will be focused on understanding the risks, and how they are managed and mitigated,” Mr Cross said. “Our approach is embedded in the European context . . . This is significant because it means that regulatory differences should not be a driver of where firms which are considering some restructuring might chose to locate new entities or business activities.”