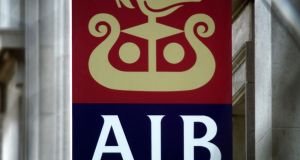 AIB’s creditworthiness has been raised to “investment grade” at Standard & Poor’s, one of the world’s main ratings agencies, for the first time since 2010 as a recovery in the domestic economy and property market are beginning to benefit lenders in a “meaningful” way.

S&P said on Friday that it had raised its view on AIB to BBB- from BB+, which was classified as “junk”, with its new rating still nine levels below the agency’s top AAA stance.

Separately, S&P has raised its ratings on Bank of Ireland and Permanent TSB each by one level, though the latter’s debt continues to be rated below what’s considered “investment grade”.

The AIB upgrade will come as a particular boost as the Government prepares to sell down its 99.8 per cent stake in the bank, which cost €20.8 billion to rescue during the financial crisis, as early as this year.

“We now believe that the Irish economy is in an ‘expansionary phase’ in contrast with our previous view of a ‘correction phase’,” said S&P. “Over the next two to three years, we assume assume relatively brisk economic growth and continued property price inflation.”

S&P said it saw this year as marking the beginning of a return to loan book growth for Irish banks, following years of contraction as borrowers repaid debt at a faster rate than taking on new loans and banks sold portfolios, both to Nama and private investors. The view echoes comments from US investment bank Keefe, Bruyette & Woods on Thursday.

The ratings support estimates that the economy, measured by gross domestic product, grew by 3.5 per cent last year and will expand by 3 per cent a year between 2017 and 2019. Banks have been able in the past few years to increase their lending margins and release provisions they had previously set aside for bad debt on the back of a recovering economy and as lenders restructure soured loans.

However, S&P said it would continue to keep a close eye on any impact on the Irish economy following the UK referendum vote last June to leave the EU.

“While its exact form remains unknown, Brexit could have a notable negative effect on Ireland’s economic and fiscal performance over the medium term,” it said.