Bank campaign to advise those coming off payment breaks

Close to 86,000 mortgage holders have availed of a payment break since March 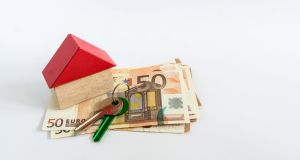 About nine in 10 accounts that have resumed mortgage payments are paying the full amount. Photograph: iStock

With tens of thousands of households nearing the end of Covid-19 mortgage payment breaks, Irish lenders are preparing to roll out an information campaign to advise people of their options.

Banking and Payments Federation Ireland (BPFI), an umbrella group that represents all the main lenders, is to introduce the campaign next week, with a big budget advertising campaign.

The campaign includes a website – paymentbreak.ie – aimed at encouraging consumers to engage actively with their lender if they face continued financial difficulties. The banks want to avoid a repeat of what happened during the recession when some cash-strapped householders abruptly stopped paying their mortgages.

BPFI estimates that close to 86,000 mortgage holders have availed of a payment break of up to six months since the coronavirus crisis hit in March.

While many people have gone back to work and resumed paying their home loans, the banks are concerned that some householders will not be able to return to making previously contracted regular payments and will need their mortgages restructured.

According to official figures, about 43,000 accounts were still on active breaks as of August 21st. Lenders have extended about 37,000 payment breaks beyond the original three-month period.

About nine in 10 accounts that have resumed mortgage payments are paying the full amount.

An Oireachtas committee was told late last month that borrowers who have availed of a home loan during the Covid-19 crisis could expect to pay up to €4,500 in additional costs on their mortgages. However, recent analysis undertaken by Goodbody Stockbrokers estimated that a decision not to apply interest for six months to loans that were on hold would have cost banks up to €150 million.