Aviva to sell its French business for €3.2bn 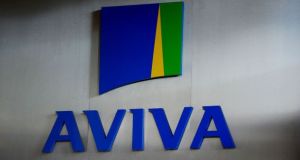 “The sale of Aviva France is a very significant milestone in the delivery of our strategy,” said Aviva chief executive Amanda Blanc.

Aviva has agreed to sell its French business for €3.2 billion, the largest deal so far in chief executive Amanda Blanc’s push to streamline the insurer.

The unit was sold to French mutual insurer Aema Groupe, which was recently created by the merger of Aesio and Macif, according to a statement from Aviva on Tuesday. The deal is subject to regulatory approvals and is expected to complete by the end of this year.

“The sale of Aviva France is a very significant milestone in the delivery of our strategy,” Ms Blanc said in the statement. “The transaction will increase Aviva’s financial strength, remove significant volatility and bring real focus to the group.”

Ms Blanc, who took the helm in July last year, has wasted no time in her overhaul of Aviva, whose share price hasn’t grown over the past five years.

She said in August that the insurer would focus on its strongest businesses in Britain, Ireland and Canada. A flurry of deals followed, including the sale of Aviva’s majority stake in its Singapore business for about $2 billion.

Other recent deals include Aviva’s agreement to sell its life-insurance business in Vietnam and the offloading of its stake in an Italian life-insurance joint venture with UBI Banca. – Bloomberg