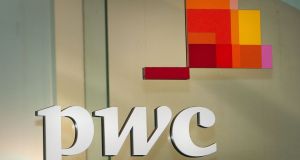 Britain’s accounting watchdog has fined audit firm PricewaterhouseCoopers a record £5.1 million (€5.6 million) and given it a severe reprimand after it admitted misconduct when auditing collapsed accounting firm RSM Tenon.

The Financial Reporting Council said PwC and senior audit partner Nicholas Boden admitted a series of failures when they signed off RSM Tenon’s accounts for the year to June 2011.

“The admitted acts of misconduct include failures to obtain sufficient appropriate audit evidence and failures to exercise sufficient professional scepticism,” it said in a statement.

The council warned last month that accountants should challenge information provided by clients.

RSM Tenon, which had been listed on the London stock market, collapsed in 2013 and its assets were taken over by Baker Tilly.

The council said PwC’s misconduct was extensive, comprising five separate admitted acts in relation to the accrual of bonus payments, the accounting for a lease, the assessment of goodwill impairment and other aspects of the audit.

It said PwC had to pay a fine of £6 million, reduced to £5.1 million after a settlement discount as well as a £500,000 contribution to the watchdog’s costs.

Mr Boden, who was PwC’s senior audit partner for RSM Tenon, was fined £114,750 and given a severe reprimand.

PwC, one of the world’s top four accounting firms, said it accepted the council’s findings and was sorry that aspects of the audit carried out in 2011 fell short of professional standards.

“We continually review and update our audit processes in response to both internal reviews and external inspection findings. Audit quality is of paramount importance and our annual audit quality reviews show year-on-year improvements,” PwC said in a statement.

In May, PwC was fined a then record £5 million over the way it checked the books of collapsed social housing maintenance company Connaught.