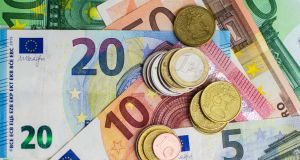 How progressive is the State’s tax system? The ESRI has crunched the numbers. Photograph: iStock

The Republic has the most progressive tax system in the European Union in terms of delivering income equality, according to a study by the Economic and Social Research Institute (ESRI). However, the report has dealt a blow to Fine Gael proposals to ease the tax burden on middle-income earners by raising the entry level to €50,000 for a single person and to €100,000 for a double-income couple. Eoin Burke-Kennedy reports on the study, while Cantillon also has some thoughts.

As the great and the good continue to mingle at the annual gathering of the World Economic Forum in Davos, Joe Brennan reports on the concerns of IDA chief executive Martin Shanahan, as well as shedding light on one of the more ‘batty’ aspects of the event. Joe will continue to bring news from Davos over the course of the day.

Just weeks after shuttering its outside in Rathmines, Dublin 6, Fallon & Byrne has been given permission to substantially extend its Dublin city centre outlet. Gordon Deegan has more details.

Developer Michael O’Flynn was very unhappy that his group paid former investment manager Patrick Cox “extraordinary” fees of hundreds of thousands of pounds sterling, the High Court heard on Wednesday. Barry O’Halloran was in court to hear more, with the case continuing today.

Irish Fiscal Advisory Council chairman Seamus Coffey has decided not seek a new term at the helm of the budgetary watchdog now that his first term has expired. Charlie Taylor has the story.

In Net Results, Marie Boran writes that we all fall into one of four types when faced with a website pop-up asking how we would like our personal data to be collected and processed. Are you a Joey, a Monica, a Ross, or a Chandler?

And in her Web Log column, Marie introduces us to the American YouTubers who like to investigate global culture by trying out the foods available in particular countries. In Ireland’s case, the culinary delights included crisp sandwiches and Chef sauce.

Ciara O’Brien takes a look at the Irish social entrepreneurs who are successfully using technology to build a better world. Sometimes, she writes, the idea can be as simple as connecting food suppliers who have surplus goods with charities that might be able to usefully pass on the unsold products.

In our Innovation section, Olive Keogh profiles the start-up that has developed a minimally invasive treatment for varicose veins and leg ulcers that could offer relief in a market worth €500 million.

And as if January wasn’t already sufficiently grim, Dick Ahlstrom looks at the Doomsday Clock, the timepiece that measures the variety of severity of threats we face due to scientific and technological advances achieved at the hand of humans. The clock is due to be reset at 3pm today.