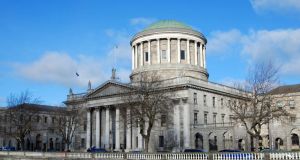 Several companies in the O’Flynn group are suing former employees saying they made a €12.5m profit on a student accommodation project at the business’s expense. The former employees deny the allegations. Photograph: iStock

Several O’Flynn group companies are suing former employees Patrick Cox, Liam Foley, Eoghan Kearney and others saying they made a €12.5 million profit on a student accommodation block on Gardiner Street, Dublin, at the business’s expense. The defendants deny the allegations.

Mr O’Flynn claimed this confirmed the “extraordinary amounts” of money that Mr Cox received on top of his salary. “I was very unhappy with the concept of one employee getting special treatment,” he said.

Mr Gardiner said that the business paid another defendant, Mr Foley, fees in 2013 and 2014.

Mr O’Flynn explained that Mr Foley actually worked as a consultant after resigning in 2014.

At the time, Mr O’Flynn owned no shares in the three British companies. They were structured to separate them from group businesses under the National Asset Management Agency’s control, but the developer describes them as associated companies.

Among other things, the defendants challenge claims that they were obliged to work for the entire O’Flynn group and linked companies.

Mr Gardiner pointed out that the three UK companies paid Mr Cox fees during the period when the group maintains he was seeking those student apartment opportunities.

The lawyer added that in December 2013, when John Nesbitt, O’Flynn group’s UK head, agreed to pay Mr Cox fees of £500,000, the defendant told the executive that he intended to establish his own development business in Dublin. “Mr Nesbitt had no problem with that,” Mr Gardiner added.

Mr O’Flynn replied that only he could have allowed Mr Cox to establish his own operation in Ireland while still working for the group.

Mr Nesbitt signed a letter dated July 7th, 2014 allowing Mr Cox to develop commercial, residential and other properties in Dublin. Mr O’Flynn stated that he and Mr Nesbitt believed that Mr Cox, who drafted the letter, wanted it to allow him to build a house.

However, Mr Gardiner argued that it would take “30 seconds” to realise the letter allowed Mr Cox to build more than one house.

Mr O’Flynn responded that Mr Nesbitt would never knowingly have signed anything allowing Mr Cox to compete with the group while working for it.

O’Flynn group alleges that Mr Cox worked on the Gardiner Street project while an employee in 2014 and early 2015.