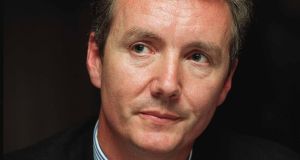 Former Tullow chairman Aidan Heavey. Tullow expanded rapidly in the 2000s through a series of acquisitions. Its fortunes, however, turned sharply in 2014

The company will target “primarily non-operated interests” in energy assets in the region, taking advantage of a major divestment drive by big energy companies looking to shift away from fossil fuels.

Mr Heavey, who stepped down as chairman of Tullow – the exploration company he founded 33 years ago – in 2018, said Boru Energy aimed to assemble a portfolio of assets with “significant commercialisation potential”.

“We will seek to invest to secure and increase production levels, extend field life cycles and support partners and governments to achieve long-term, sustainable growth and create value,” he said.

He will be partnered in his new venture by former Tullow colleague Tom Hickey, who was chief financial officer of the company between 2000 and 2008.

Under their stewardship, Tullow grew into a FTSE 100 company with production of more than 80,000 barrels of oil per day. It is still regarded as Ireland’s most successful exploration company.

Tullow expanded rapidly in the 2000s through a series of acquisitions, the most high-profile of which was the acquisition of Energy Africa in 2004, which doubled the company’s size.

Its fortunes, however, turned sharply in 2014 as oil prices plummeted, sending its stock tumbling. Nonetheless it is still seen as something of a trailblazer in the sector.

Mr Hickey said Boru would be looking at countries where there were “high-quality long-term assets with good-quality operators”. The plan was to acquire non-operational stakes in these assets, he said. “If you’re a non-operator, you can secure the cashflow and the value from the asset without needing a huge overhead to manage day-to-day activities,” he said.

Mr Hickey said there were fewer investors putting money into these assets but that created an opportunity.

“When you have fewer investable dollars available for public markets companies and big divestment targets in the hands of major companies, it creates a huge opportunity for whoever can fill that gap,” he said, while noting that many of these oil and gas assets had many years to run yet.

“If you look at the energy transitional shift, everybody is talking as if it’s going to happen within three or five years. In reality, it’s more likely to happen over 20 or 30 or even 40 years,” he said.

Funding for Boru Energy’s initial investments will come from Carlyle’s energy arm, Carlyle International Energy Partners (CIEP), which first invested in Africa in 2017 via the acquisition of Shell’s onshore assets in Gabon.

Carlyle said the new venture would benefit from the strong experience and industry expertise CIEP has in the region and globally.