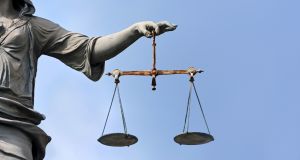 The judge granted Nigeria’s request for a stay on any asset seizures while its legal challenge is pending. Photograph: iStock

An Irish-backed company says the Nigerian government will have to “put its money where its mouth is if it wants to avoid immediate seizure of assets”.

A UK judge on Thursday gave Nigeria permission to seek to overturn a ruling that would have allowed Process & Industrial Developments (P&ID) to seek to seize more than $9.6 billion (€8.7 billion) in assets over a failed gas deal.

The judge also granted Nigeria’s request for a stay on any asset seizures while its legal challenge is pending, but ordered it to pay $200 million to the court within 60 days to ensure the stay.

The original decision on August 16th converted an arbitration award held by the firm to a legal judgment, which would allow P&ID to try to seize international assets owned by the Nigerian state.

The dispute with Nigeria relates to a failed 2010 deal to develop a gas-processing plant. Nigeria now alleges the contract was won corruptly and the project was never meant to succeed. P&ID denies any wrongdoing.

“The Nigerian government’s recent media exercise to allege fraud against P&ID turned out to be a red herring,” said the company, which is 25 per cent owned by a US hedge fund manager, VR Capital.

“Indeed, the Nigerian government did not present any evidence to support attorney general [Abubakar] Malami’s ‘findings’ from his sham investigation. The Nigerian government knows there was no fraud and the allegations are merely political theatre designed to deflect attention from its own shortcomings.”

Meanwhile, Irish authorities and AIB are being drawn into the high-profile international legal dispute.

Nigerian prosecutors investigating the awarding of the 2010 gas contract said this week they would seek the extradition of two men from the Republic to Nigeria. They also said they are seeking information about funds sent to a Nigerian government lawyer that were transferred through AIB.

James Nolan, an Irish citizen who worked for Mr Quinn, has been detained in Nigeria in connection with the investigation, although it is unclear what, if anything, he is accused of doing.

The company has said the Nigerian investigation is a “sham” and an attempt to escape its legal obligations. Its lawyers have threatened to start seizing state assets abroad to enforce the award.

1 Lockdown exit: How can Irish economy reopen without big health risks?
2 Property market has not felt full impact of Covid-19, warns Sherry FitzGerald
3 Government announces €1bn in supports for businesses
4 I want to change my will quickly in case I fall ill. Do I need a lawyer?
5 Tesco says coronavirus costs could reach €1bn
6 Facing economic meltdown ... and nothing wrong with our economy
7 Business Post cuts pay for staff by up to 15%
8 German fund closes €93m Harold’s Cross build-to-rent deal
9 Digital health platform SilverCloud Health raises €14.7m
10 Q&A: Where do we stand on mortgage holidays and payment breaks?
Real news has value SUBSCRIBE